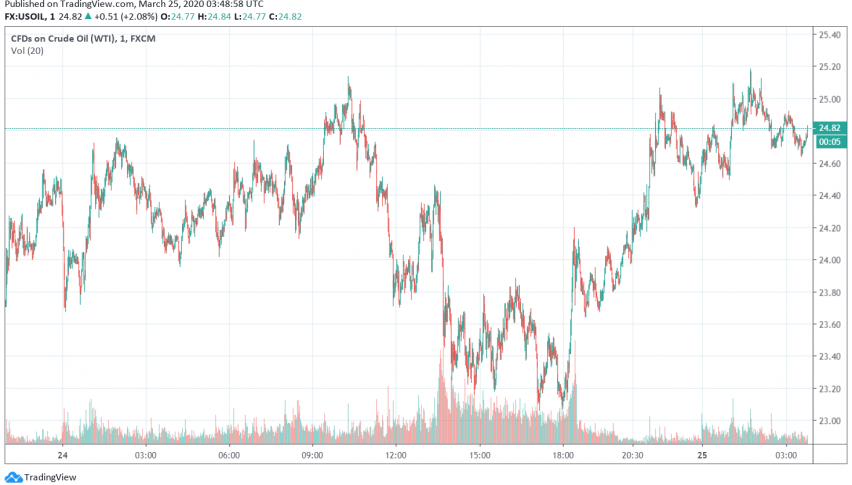 WTI crude oil prices continue their upward climb for the third consecutive session early on Wednesday as markets received some reassurance from latest stimulus efforts being rolled out by the Fed and in anticipation of the US government’s upcoming fiscal stimulus package. At the time of writing, WTI crude oil is trading at around $24.82 per barrel.

Markets are widely expecting the US Congress to put the stimulus bill to vote later today and pass it into law, a move that is likely to offer significant relief to the US economy in the wake of the coronavirus crisis. However, gains in crude oil remain limited over the falling demand for oil products as a result of prolonged shutdowns and travel restrictions being enforced across the world.

Crude oil prices can expect solid improvement only after the spread of the virus gets contained successfully and bans especially on international travel get lifted. Adding more downward pressure on crude oil prices is the latest price war between Saudi Arabia and Russia which shows no signs of resolution anytime soon.

Crude oil prices also remained supported following the release of the latest API report which revealed a drawdown in US crude inventories by 1.2 million barrels during the previous week. Analysts, on the other hand, were expecting a build in crude stockpiles by around 2.8 million barrels for the period instead.