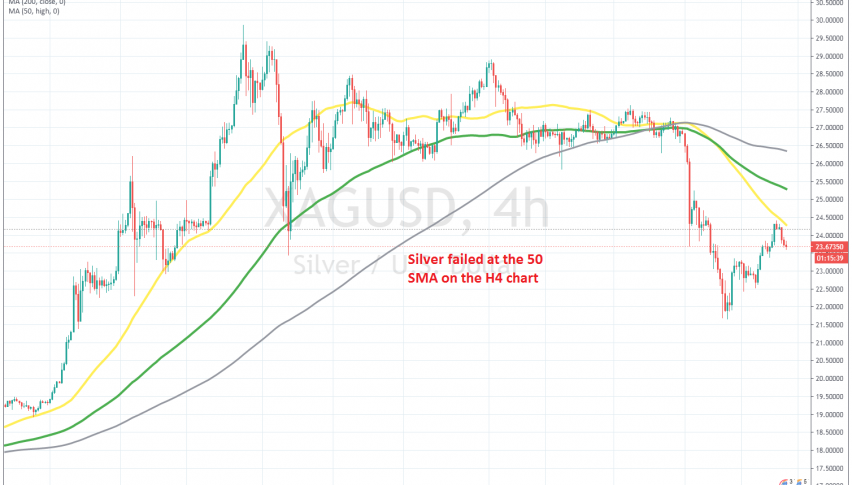 Silver Failing at the 50 MA Today

Safe havens have been really bullish this year, as the sentiment has been mostly negative and the uncertainty high. Gold and SILVER have made some extraordinary gains, with GOLD pushing above all time highs in August, over $ 2,000, while silver surged from below $ 12 in March, to $ 20 in the first week of August, as the USD was crashing lower.

But, the decline in the USD stopped and safe havens reversed lower in August, and we saw a $ 6 crash. But, the price pulled back up, and silver was trading sideways for more than a month, until last week. The reversal became official last week, after silver broke below August’s low.

However, in the first two days of this week we saw a pullback higher, as the USD weakened again and silver retraced nearly 300 pips higher. But, the retrace began weakening as the price approached the 50 SMA (yellow) on the H4 chart, and we decided to open a sell forex signal. Now, silver is reversing back down, so the trade here looks good at the moment, since we are in profit already.