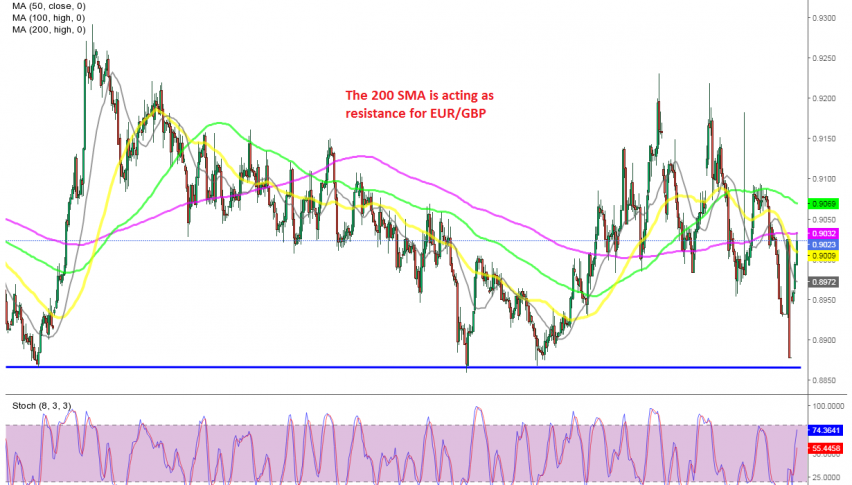 Shorting EUR/GBP at the 200 SMA

EUR/GBP has been trading sideways since the middle of last year. The top of the range stands above 0.92 while the bottom comes at around 0.8860-70. The price has been bouncing between these two levels since then, which have been keeping this pair confined.

During late November and the first half of December EUR/GBP turned bullish, increasing around 350 pips as the UK and the EU were playing hard to get regarding the Brexit deal. But a trade deal was reached at some point and the trend shifted to bearish in this pair.

The price headed towards the bottom of the range, although the decline stopped last night and today this pair has been retracing higher. We decided to sell the retrace, since the 200 SMA (purple) has been providing resistance on the H4 chart. This moving average was providing support during most of December, so now it is turning into resistance and the price is now overbought, as the stochastic indicator shows on the H4 chart.

Selling the Retrace Higher in Crude Oil, As US Govt Plans More Releases from Its Reserves
3 weeks ago