Great Numbers from the US, But no Reaction in the Market - Forex News by FX Leaders

Great Numbers from the US, But no Reaction in the Market

Today started pretty bleak regarding the economic data. As we mentioned in our first market update today, the early morning data from the UK, Japan, and Australia was negative, but it got better as the day progressed, especially after the German retail sales showed a nice jump from the previous month.

The heavyweights are still to come, though. The US ADP non-farm employment change, the US income and spending, the Canadian GDP report, and Draghi were all scheduled for this afternoon. Well, most of the data in the economic calendar has been released now and the balance clearly leans on the positive side.

The Canadian GDP was expected at 0.1% but it jumped to 0.3%. That's a lot of weight off the BOC (Bank of Canada) shoulders. The Canadian economy has started to bounce back after spending many months in recession in the first half of this year.

The US economic data was very positive as well. The ADP employment figures showed a 216k jump, which means that 216k US citizens have started working in November. That beat expectations by quite some distance, but the important thing here is that the big employment release on Friday will likely be impressive, too. 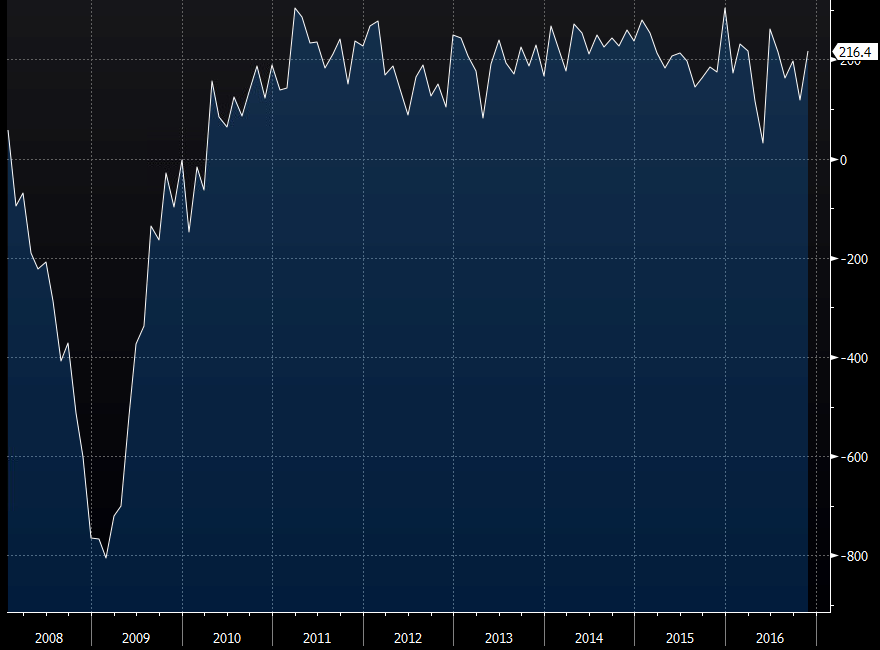 The US labour market is in the best place possible, relatively speaking

Friday's non-farm employment change is a big factor for the USD pairs, so today's employment figures should have made the USD buyers jump off their chairs. But the reaction in the USD pairs was muted. The Buck has started to move now, but it's more than an hour late, so probably this is still the month-end cash flow.

Looking at the components of the US ADM employment report, I can see that all of them moved higher from services, construction and trade to small, medium, and large businesses. Manufacturing still remains the only caveat.

That wasn't all, though. The personal income increased by 0.6% while the consensus was standing at 0.4%. The personal spending missed the expectations by 0.2%, but last month's revise of 2 points higher balances this month's miss. The US personal income for October was revised higher as well so this is another positive indicator. After all, the people will start spending if they get paid more from their bosses.

figures showed a 216k jump, which means that 216k US citizens have started working in November. That beat expectations by quite some distance, but the important thing here is that the big employment release on Friday will likely be impressive, too.