Today, the WTI crude oil is almost muted and trading sideways in a brief trading range of $49.20 -$49.70. Investors are waiting for the Crude Oil EIA inventories figures which are likely to be released in the New York session today. Given the ongoing market attention to growing production from the United States, any buildup in inventories may drive investor sentiment.

On Thursday, the American Petroleum Institute (API) released inventory data for the previous week. The figures showed a build of 0.90 million barrels. The interesting part is that inventories have shown gains after three consecutive draws, which has provided a strong support to falling oil prices. 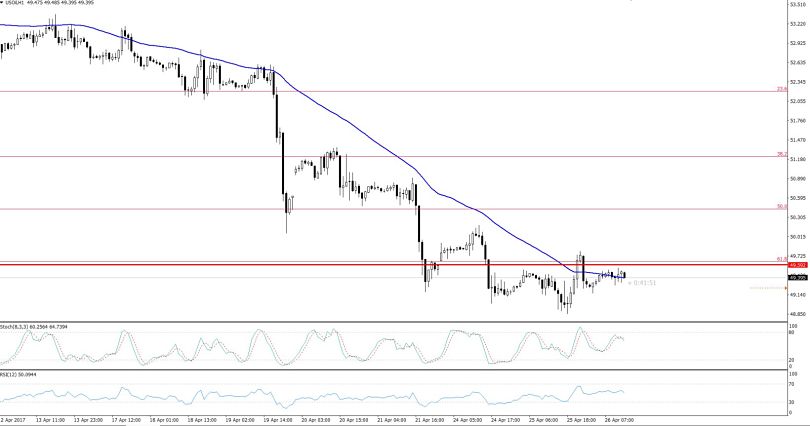 It's boring to wait for a good trade when the market lacks volatility but that's what I'm doing right now.  The hourly chart of the crude oil demonstrates a bearish outlook for the oil. The stochastic and RSI are both holding in the selling territory along with the 20 & 50 periods exponential moving averages (EMA). The oil price is holding below these EMA's which is signaling a bearish sentiment for the oil.

Lastly, the crude oil has not only completed 61.8% Fibonacci retracement level at $49.65 but is also consolidating below it. Oil can find another support at $49.20, but the breakage will lead towards $48.90. Let's wait for the crude oil inventories figures and later in the New York session I will be sharing a fresh trading signal.