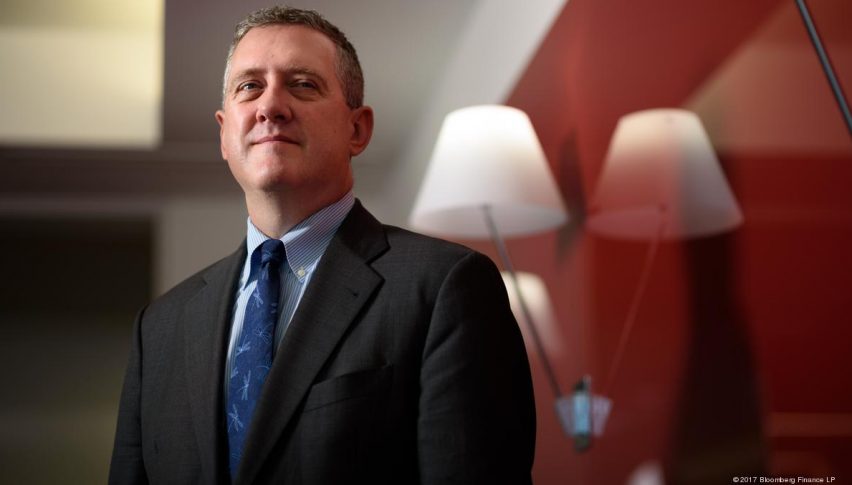 US Session Forex Brief, Jan 10 – Brexit, the FED and the ECB Minutes

Yesterday, we had a number of FED officials comment on interest rates and on the future path of the monetary policy. Some called for interest rates to go up to 3.0%-3.25% and some called for a pause, but only comments made by Bostic had an impact on the USD, sending it more than 100 pips lower against most major currencies. He said that there is no urgency to make policy changes ‘just to run to a number’ and the policy could move in either direction, among other comments.

These words were enough to send the buck diving lower. The FOMC minutes later in the evening gave the buck another push lower albeit small. That’s where we left the USD last night. Later today we will have more FED members holding speeches, so get ready for some more action.

Today, the attention has shifted to Europe and the UK. There’s a heated debate taking place in the British Parliament where Prime Minister Theresa May is trying to convince the lawmakers that she is doing the best she can for a good Brexit deal but they’re not buying it anymore. The meaningful vote on the current Brexit deal will be on January 15 which will by all chances fail to pass and then she has 5-6 days to bring an alternative plan. But, the Labour Party leader Jeremy Corbyn said that they will ask for new general elections if the deal fails to pass.

That could be both a bad and a good thing for the GBP: first, because it will bring more uncertainty which would be bad for the GBP and, second, because it might reverse Brexit or at least bring a better deal along if Labour wins. The ECB released its monetary policy meeting accounts and they accepted the weakening economy and now see the risks tilted to the downside. 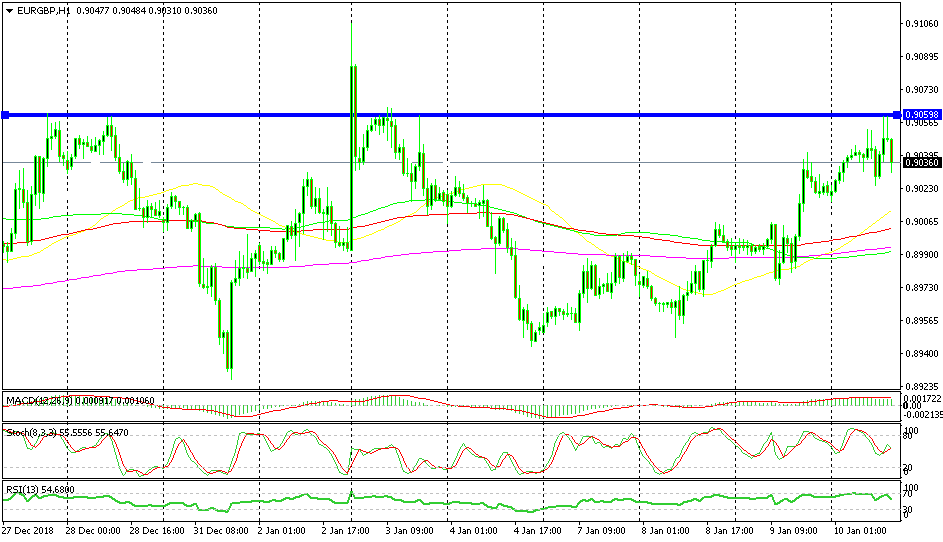 Resistance held once again in EUR/GBP

I was thinking about selling this pair at the resistance earlier on around 0.9060. But I held back as the GBP was tumbling lower on new general election talk from the Labour Party. But, technicals worked well again as thi pair is reversing down now. The resistance held well and the price formed an upside-down candlestick which is a reversing signal. The following candlestick is pretty bearish so the reversal is already underway.

The forex market has been pretty quiet in the last several hours and the reason is the FED members who will provide galore of speeches once again today. Chairman Jerome Powell will take most of the attention, so we will follow his speech. My US colleague Shain will cover his speech live, so make sure to tune in to our economic calendar in about three hours.