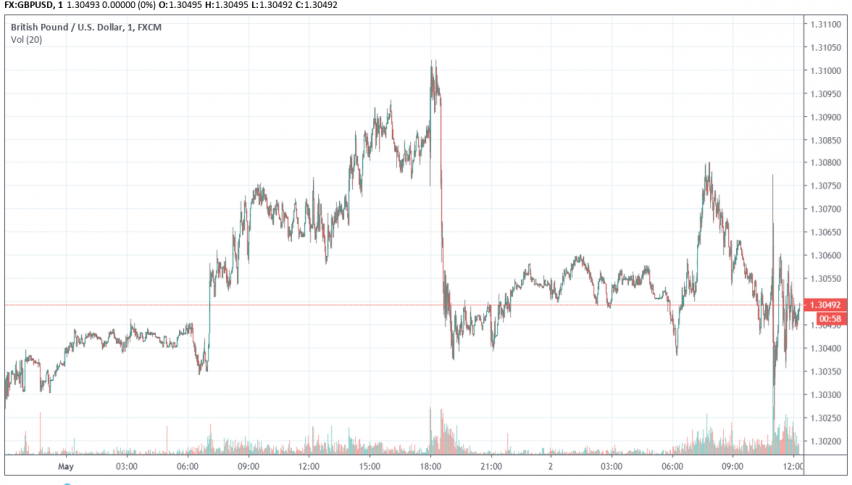 Even though the Bank of England kept interest rates unchanged, it has upgraded the growth forecast to 1.5 percent, from the 1.2 percent it predicted in February. However, it has also expressed caution over how Brexit uncertainties continue to hold the economy back for now.

The improved economic growth outlook comes on the back of recent optimistic growth prospects worldwide. The vote among BoE policymakers to hold the interest rate at 0.75 percent was unanimous, but they opined that in the future, higher borrowing costs seem inevitable.

The British economy grew at 0.5 percent during Q1 2019, higher than the anticipated 0.2 percent, because of stockpiling by businesses ahead of Brexit. The Bank of England expects growth rate to come back down to 0.2 percent in Q2.

The news hasn’t affected GBP/USD much, which continues to trade around 1.30 after a slight spike higher.