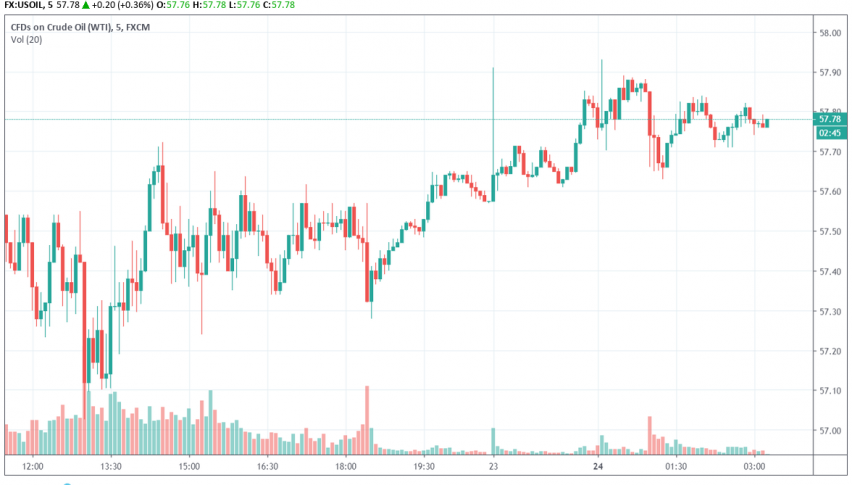 On Monday, WTI crude oil prices continued their climb higher over escalated tensions between the US and Iran. At the time of writing, WTI is trading at around $57.78 per barrel.

According to some reports late last week, Trump nearly ordered a strike on Iran but called it off in the last hour after Iran’s Revolutionary Guards shot down a US drone. US Secretary of State Mike Pompeo has stated that the US government will be announcing “significant” sanctions against Iran on Monday in retaliation.