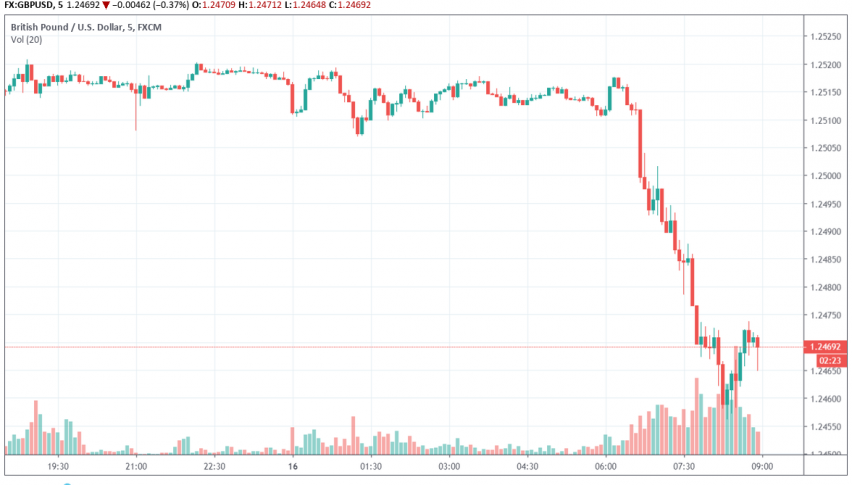 Even though the employment rate remains higher than it was a year ago, this is the first time since June-August 2018 that this figure has dropped lower. Employment in May has also dipped 0.2% lower when compared to April. Meanwhile, the unemployment rate held steady at 3.8% as expected.

Falling employment rate as the Brexit deadline of October 31 nears is a cause for alarm as far as the British economy is concerned. There are also expectations for the GDP figures due for release next month sliding lower for Q2 2019.

GBP/USD has fallen below the key 1.25 level and is currently trading at 1.2465 after the release of this labor market report.