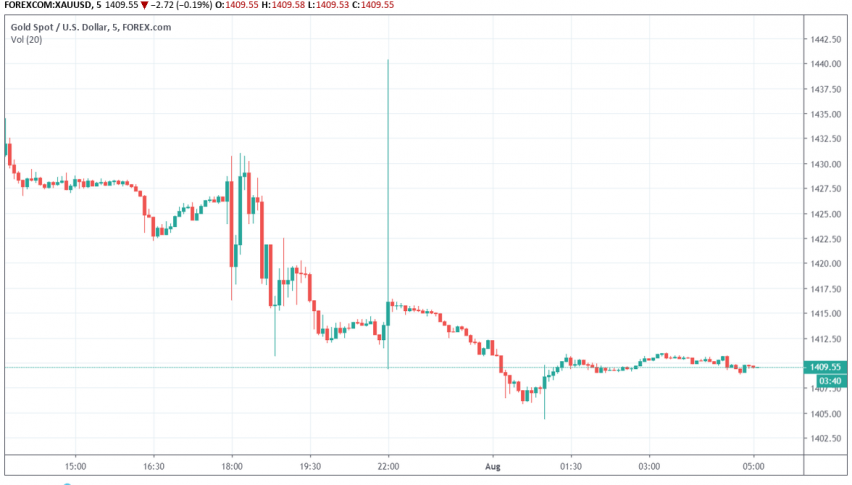 Early on Thursday, gold prices have slipped lower after the Fed came out sounding not as dovish as markets expected during their July meeting. At the time of writing, GOLD is trading at a little above $1,409.

In its latest meeting, the US Federal Reserve cut interest rates by 0.25% as markets widely expected. On the positive side, however, the Fed confirmed that there would be no reason to expect a lengthy cycle of policy easing required to insulate the US economy from global trade risks and slowdown in global economic growth.

This helped the dollar rise higher to a two-year high, while the safe haven appeal reduced. Both these factors turned gold bearish, causing it lose over 0.2% of its value. Analysts are expecting the US dollar to turn even more bullish, which could further dent gold’s appeal in the coming days.