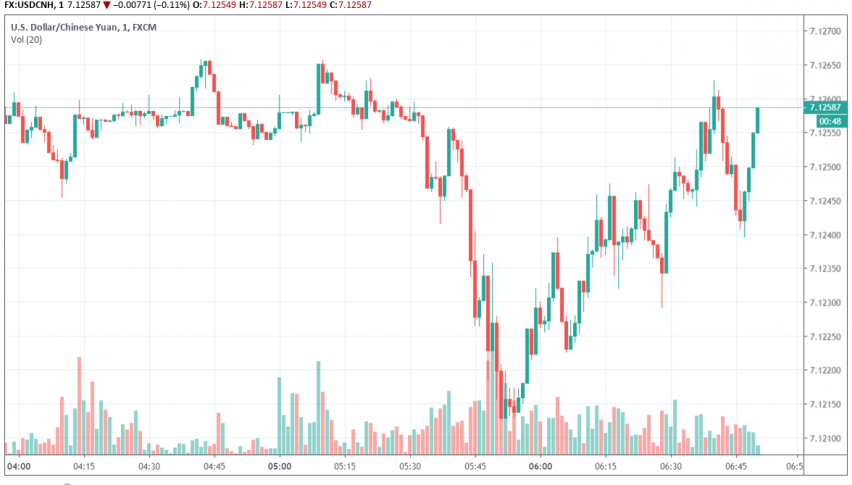 The Chinese services sector registered the weakest rate of growth seen in seven months during the month of September. The Caixin China General Services PMI declined to 51.3 in September from 52.1 in August. This is the lowest reading for this index since February 2019.

On the positive side, new orders grew at the fastest pace since February 2018. Even though new export orders also continued to increase for the third consecutive month, the pace of growth slid lower. Employment in the services sector also saw a moderate expansion.

However, a high rate of inflation drove up average operating expenses in the month of September, with costs for labor, raw materials and fuels climbing higher and weighing on the overall performance of the services sector.

After a sharp bearish move earlier, USD/CNH has recovered and is trading somewhat steady at around 7.125 at the time of writing.