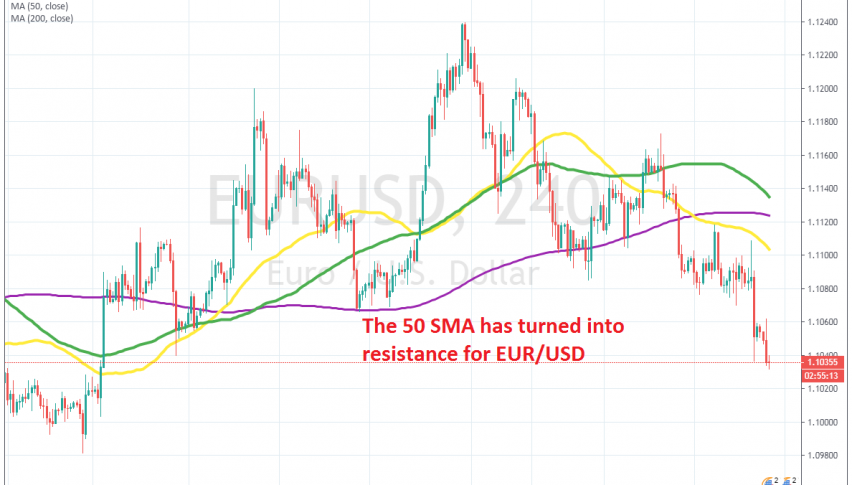 The 3-Month Retrace Up Is Over for EUR/USD

The downside is stretching further this week

EUR/USD has been bearish for around two years now, but it reversed higher in October and has been climbing higher since then. The sentiment improved in financial markets on comments about the Phase One deal between US and China which was signed this month and the prospects of the UK heading into elections back then, helped the situation further.

Year end cash flows gave this pair another push higher at the end of last year. But the climb ended as soon as the new year was underway and geopolitical tensions between US and Iran hurt the sentiment in financial markets, sending risk assets lower.

As a result, the retrace higher has ended and the larger bearish trend has resumed again.  The highs kept getting lower and moving averages turned into resistance, with the 50 SMA (yellow) providing resistance this week. We saw a jump higher yesterday after the ECB meeting, but the climb ended at the 50 SMA again. So, sellers remain in charge for this pair and the ECB pledged to keep rates negative or lower until inflation climbs to the ECB target at around 2%, so that’s going to take a long time and the Euro will likely remain bearish in the meantime.

Consumer Confidence Remains Negative in Europe - Does It Mean Recession Is Coming?
23 hours ago