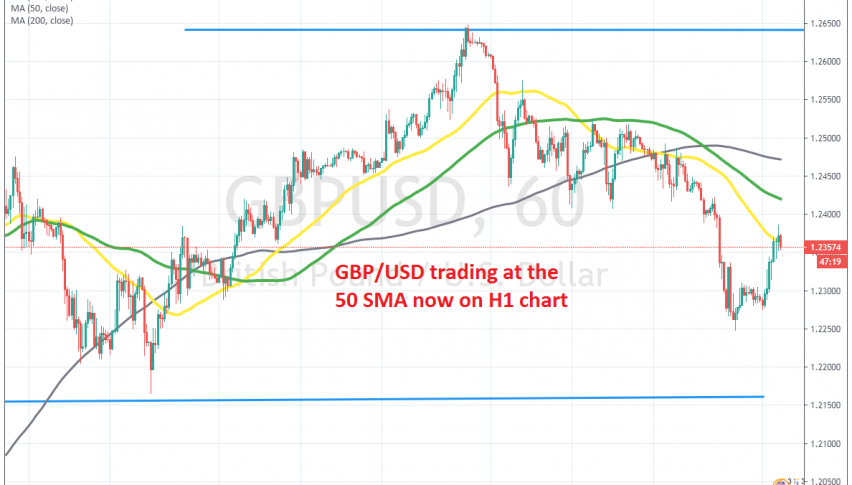 Shorting the Pullback in GBP/USD at the 50 SMA

The pullback is now complete for this pair

GBP/USD turned quite bullish in the second half of March, following a big crash in the first half of last month which sent this pair 18 cents lower. The climb was quite as fast, but not as large as the decline, with GBP/USD having climbed around 12 cents, up to 1.26 last week.

But, the climb ended at 1.2640s at some point last week and since then the price has retreated lower. So, it seems like the climb came as a response to the big crash in the first half of March, which in itself came as a result of the panic, as coronavirus broke out in Europe. Otherwise, GBP/USD had no reason to fall that much.

The price fell below the 50 SMA (yellow) and the 100 SMA (green), with the 100 SMA turning into resistance for this forex pair. Yesterday the decline picked up pace, extending the downside further in this pair as it fell around 200 pips. Today though, we are seeing a pullback higher and we decided to open a sell forex signal at the 50 SMA, since the pullback seemed complete and the 50 SMA was providing resistance. Buyers pushed above it for a while, but the price has turned back down below this moving average.