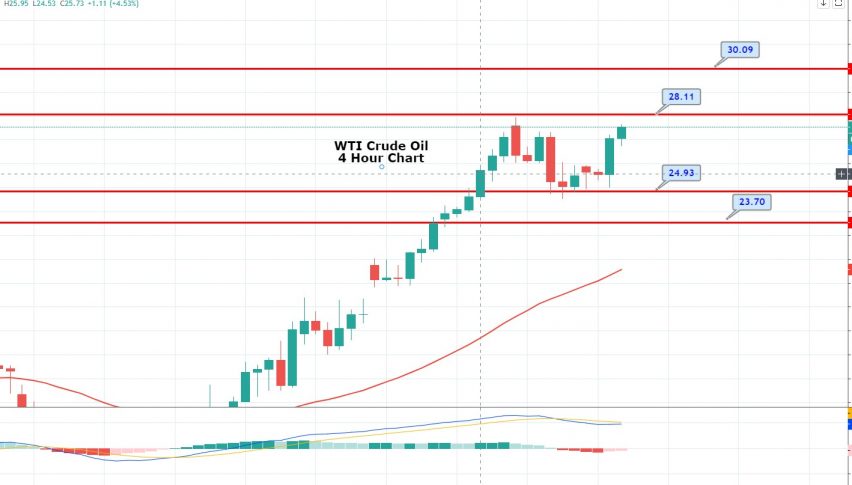 WTI crude oil prices stopped their previous day’s losing streak and rose slightly around $24.05/10, up 0.25% on a day, despite the risk-off market sentiment. However, the reason for crude oil’s early-day recovery moves could be attributed to the upbeat China data. But the gains in the oil prices were short-lived mainly due to demand-supply concerns. Additionally, the intensifying trade war fear of US-China keeps the oil benchmark market under pressure. At press time, WTI crude oil prices are currently trading at 25.46 and consolidating in the range between 23.41 and 25.59.

It should be noted that US President Donald Trump increased further doubts about China’s struggles on the agreed trade deal. The statement from the White House also showed disappointment in the US-China relationship which keeps the market risk-tone under pressure. However, the reason for the risk-off market sentiment could also be attributed to the statement of US Secretary of State Mike Pompeo which showed a willingness to interfere in China-Hong Kong matter once again, which was seriously rejected by China late in 2019.

On the other hand, the US Energy Information Administration (EIA) reported an increase of 4.6 million barrels in the inventories for the week ending on May 1, which was well under the market expectations of 7.1 million barrel build. 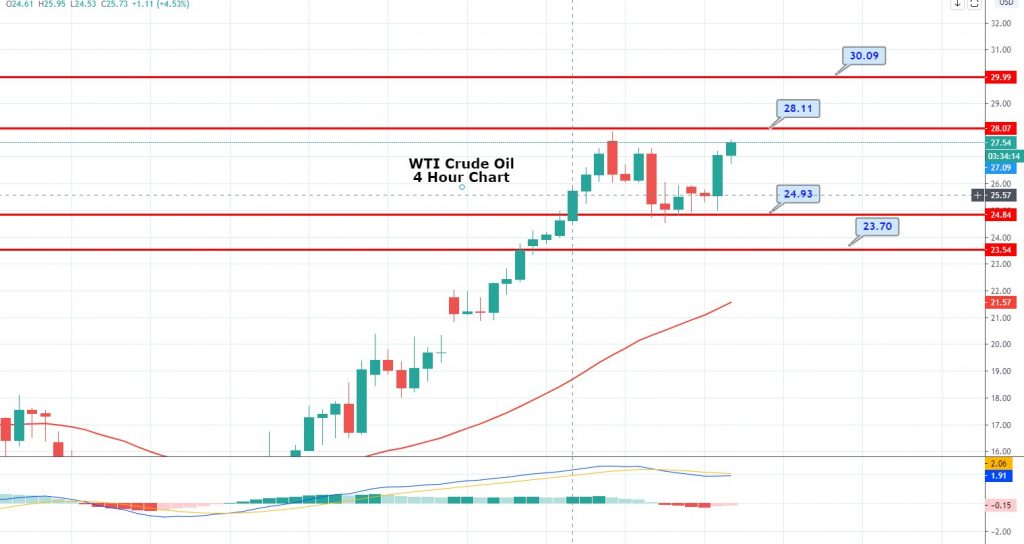 The downward trendline is extending strong resistance to crude oil around 27 and below this, WTI has completed its 38.2% Fibonacci retracement. Currently, oil is following a very narrow trading range of 25.65 – 24.65 and violation of this can help us determine the next trend in the market. Oil can continue to retrace below 27 resistance area to complete 61.8% Fibonacci retracement at 22.63.