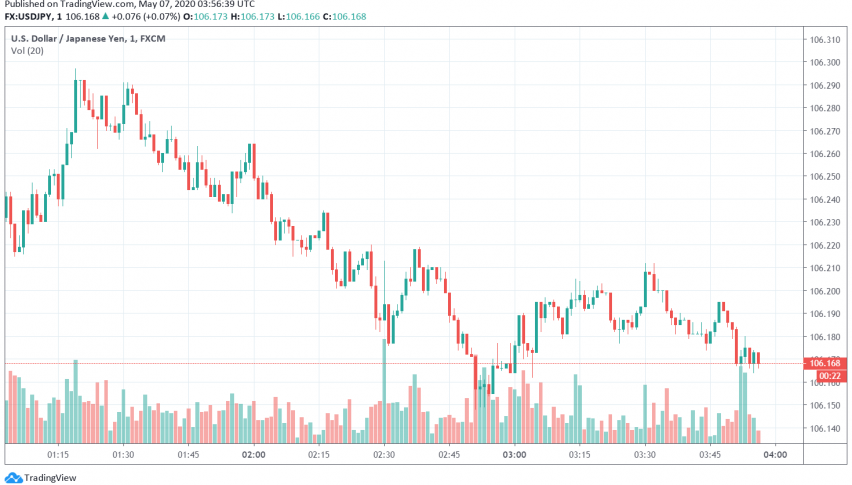 Japanese Yen Soars to Seven-Week High Against the US Dollar

The Japanese yen has strengthened to the highest level in seven weeks against the US dollar over a reduction in the risk appetite as a result of disappointing economic data releases and a resurgence of tensions between the US and China. At the time of writing, USD/JPY is trading around 106.16.

The risk sentiment in markets, which had seen slight improvement over recent days over rising hopes of restarting of economic activity, is under pressure after the US threatened more tariff hikes against China over the coronavirus pandemic. In addition, traders are also worried about the state of the Eurozone economy after a German court questioned ECB’s recent stimulus measures.

USD/JPY has also turned bearish after the release of the latest ADP private jobs report from the US during the previous session. According to the ADP, over 20 million workers employed by the private sector in the country lost their jobs in the month of April because of the pandemic-led shutdowns.

The economic situation remains just as grim in Europe, with business activity coming to a near standstill while retail sales experienced the steepest contraction on record during March due to the lockdown. Meanwhile, in the UK, the construction sector declined by twice as much in April than in March even though the government ordered lockdown had not imposed a halt on construction activities.