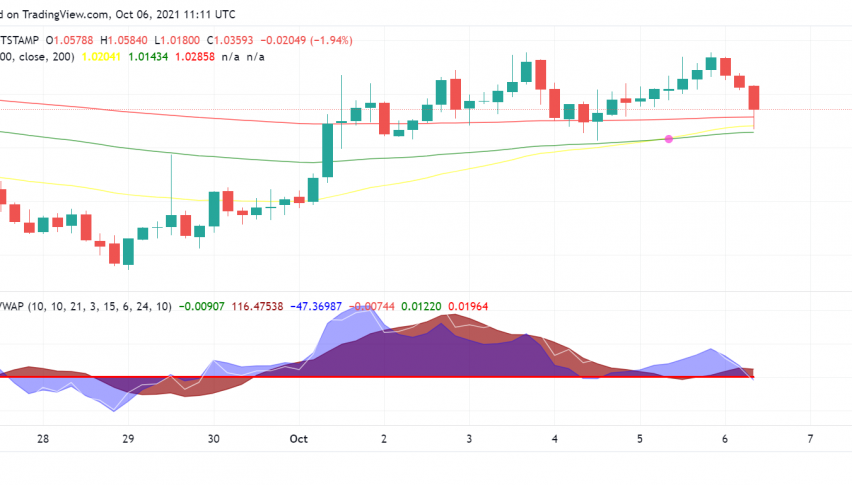 How Latest Developments Can Drive Price Action in Ripple’s XRP

Wednesday started on a bullish note for Ripple’s XRP but it now trades steady, holding just above the key $1 mark as investors cheer US SEC Chairman Gary Gensler’s statements that the US has no plans to ban cryptocurrencies. At the time of writing, XRP/USD is trading around $1.03.

The mood in the crypto market has turned strongly positive after Gensler reiterated Fed Chair Powell’s statements from a few days ago that the US was not going to follow in China’s footsteps and ban cryptocurrencies. However, he did mention that his agency was exploring ways to regulate the sector more effectively, beyond cryptocurrencies and towards exchanges, DeFi and even stablecoins.

Update on Ripple vs. SEC Lawsuit

Speaking of SEC, there has been a significant development in the lawsuit between the agency and Ripple, which is providing further support to XRP’s current uptrend. New York district court’s Judge Analisa Torres has ruled to allow XRP holders to present a meaningful perspective in the lawsuit. The token holders had taken legal recourse, arguing that they were de facto defendants in the case who wanted their voices to be heard in a bid to protect their investments.

The judge’s order grants XRP holders the status of Amicus Curiae – or ‘friend of the court’, giving them an opportunity to assist the court by providing insights relevant to the case the SEC has filed against Ripple alleging that it was selling its cryptocurrency as unregistered securities. This is a major win for the XRP community as they can now share their legal arguments on why the case should be dismissed – a development which could potentially spark quite the rally in the world’s sixth largest cryptocurrency by market cap.

Although in terms of utilization, Ripple’s XRP has seen significant adoption of its technology to enable cross-border transactions, it has failed to rally as high as other cryptocurrencies through the bull periods in the overall market on account of the SEC lawsuit. There is a strong possibility that once the case gets dismissed or settled, the crypto could see a much delayed rally which could send its value higher.

In addition, a win for Ripple in this lawsuit could only bolster more confidence in the wider crypto sector, marking a landmark development in the regulation of the market. In case the case goes in favor of the company and against the SEC, it would drive up investor confidence in digital assets further, lending them greater legitimacy and supporting a bullish sentiment in the overall market.

Technical analysis of the H4 price chart of XRP/USD reveals a bearish bias among smaller moving averages and leading technical indicators MACD and momentum. However, the larger timeframe MAs suggest buying interest building up as well.

Ripple’s XRP is holding above the pivot point at $1.01, although not too far off from this key level. An uptick in selling pressure can see this level breakdown and the crypto fall under the $1 mark. On the other hand, increased buying can take it back higher smoothly until the first resistance at $1.13.