The LUNA/USD closed at $64.1000, after setting a high of $64.7900, and a low of $55.7500. LUNA/USD extended its gains on Wednesday and continued its bullish movement for the fifth consecutive session, reaching a new all-time high.

The rising demand for the network’s UST stablecoin surged after users chased multiple incentive programs, ultimately pushing LUNA to its record high. LUNA has seen a price increase by over 50% in the past week, on the back of increased interest in the platform’s innovative stablecoin products.

LUNA/USD
LUNA is the native token of the Terra Network, which is an algorithmic stablecoin project, and lately, it has been grabbing the attention of investors given the wide range of interesting projects. Stablecoins run on the Terra blockchain, while maintaining parity with fiat currencies. LUNA’s price changes according to the demand for UST, as whenever UST is minted, LUNA of the same value is burnt.Furthermore, some analysts believe that another factor that has contributed to the LUNA price rally could be the so-called lockdrop from Astroport, a decentralized exchange protocol on Terra. The lockdrop event by Astroport, which will enable users to lock their LUNA tokens in exchange for a drop of the protocol’s own ASTRO tokens (which have not yet gone live), is set for release on December 6.

Terra, which has a value of $11.87 billion, is the fifth-largest smart contract platform by TVL, which is committed to DeFi protocols built on the Terra blockchain. Analysts believe that the LUNA price will skyrocket in the near future, as the market capitalization of UST is expected to reach $10 billion by the end of the year. Minting of 1 UST requires bundling of $1 worth of LUNA. Furthermore, the Terra community and its development team have predicted that about $2.5 billion worth of LUNA tokens could be burnt in the next four weeks. 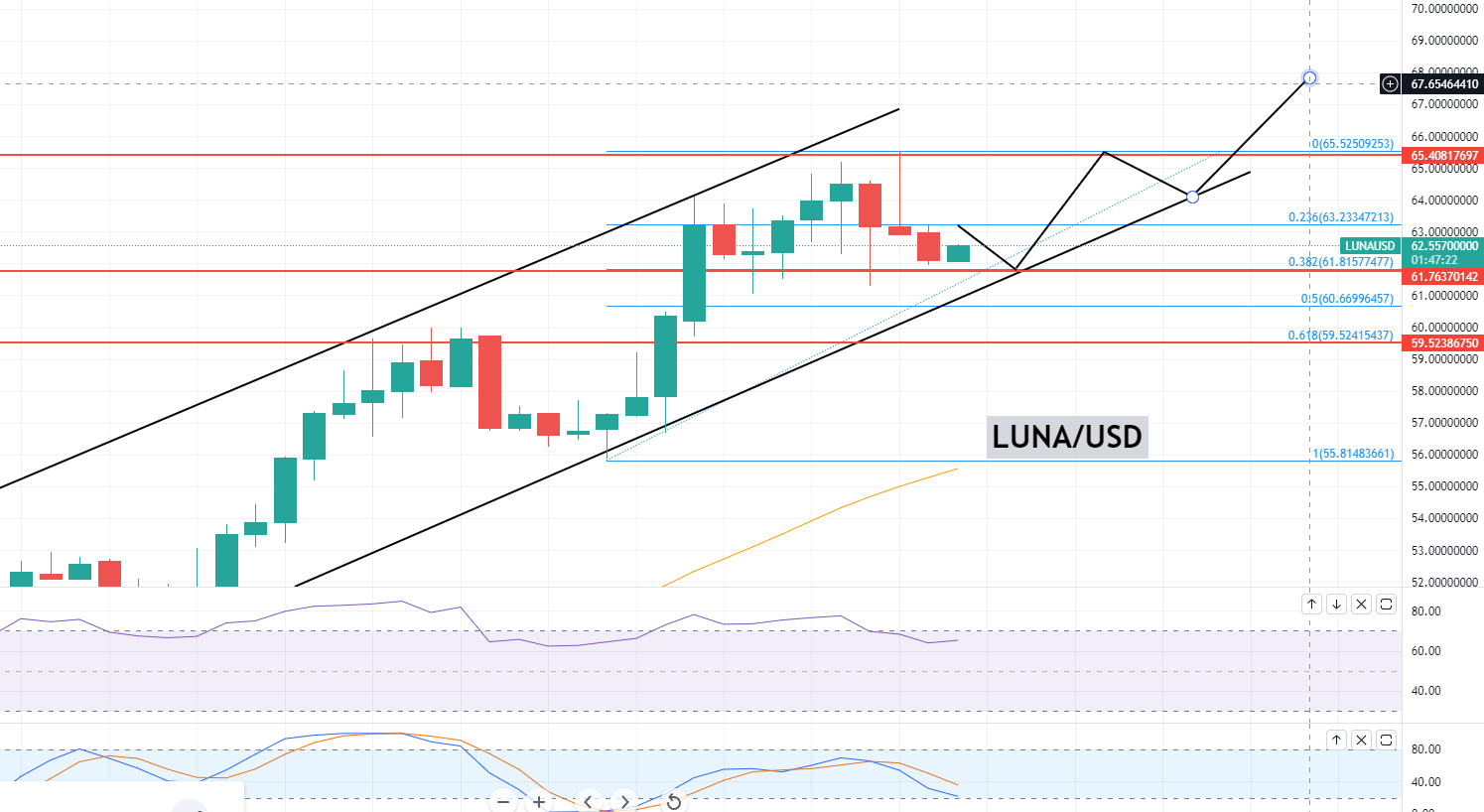