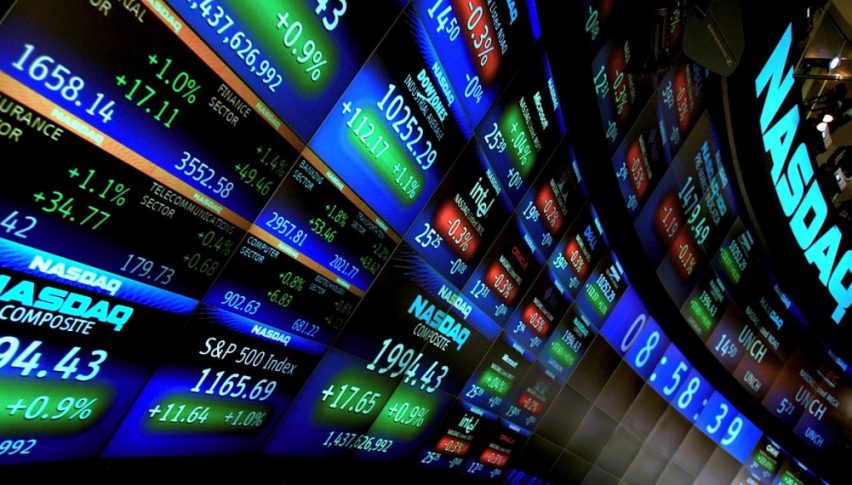 Waiting for markets to offer some trade setups

Today has been yet another quiet day in financial markets, even more so than yesterday. In fact, yesterday we saw some nice price action after the US non-manufacturing PMI came much higher than expected, especially new orders which jumped to the highest level since 2005. That implies that activity in non-manufacturing sectors will increase in the coming weeks, hence the 40 pips increase in the USD.

Today the economic data has been very light in the European session and the sentiment seems uncertain. Risk assets such as stock markets haven’t made their mind yet, whether to turn bullish or bearish while risk currencies are not making any decisive move yet, to set the direction for the day. There was a move in the Australian Dollar early in the Asian session after the economic growth in Q4 fell to just 0.2% against 0.5% expected as the GDP report showed. That increases the odds that the RBA (Reserve Bank of Australia) cuts interest rates, hence the 70 pip decline in AUD/USD today.

Later on we have some important data from Canada such as trade balance, interest rate decision from the Bank of Canada, although nothing is expected to change from that event,l. But the rate statement and the Ivey PMI might get things moving for the CAD. But, that will only be related to the CAD and won’t change anything in the bigger picture for the financial markets, so we will be left with the sentiment to trade today and whatever comes up during the US session, such as tweets from Trump if he feels like it today. 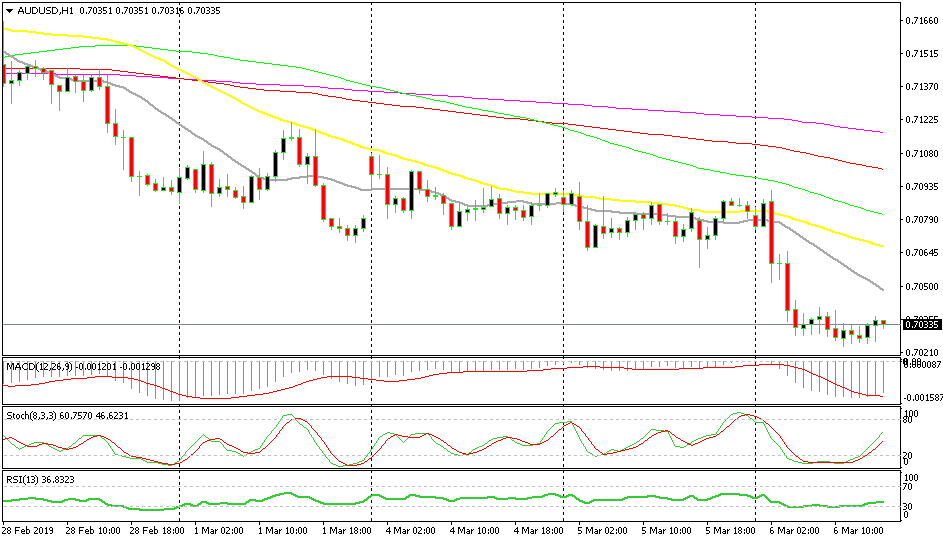 The pullback is over for USD/JPY

AUD/USD has turned bearish since Tuesday last week just one pip below 0.72. The trend has been strong since the smaller moving averages such as the 50 SMA (yellow) have been providing resistance during this time and it picked up pace last night after the Australian GDP report for Q4 of 2018 came much lower thn expected. But, I will wait for a retrace higher to the 20 SMA (grey) and will try to short this pair up there.

Everything remains pretty quiet still. EUR/USD had a wobble on the ECB comments earlier on to cut inflation projections for this year but closed the H1 candlestick unchanged. Let’s see if the Bank of Canada will give us something to trade today.

Forex Signals Brief for August 19: No Hawkish Hints from the FED
17 hours ago