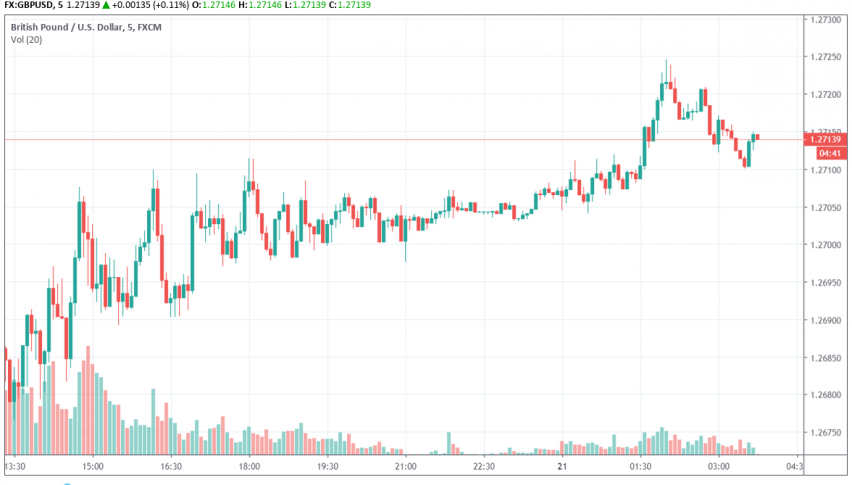 GBP/USD slipped 0.4% lower on Thursday after the release of the Bank of England’s monetary policy decision. At the time of writing, this forex pair is trading at around 1.271.

Fortunately for the Pound, the BOE didn’t sound as dovish as most central banks have been in recent times, which kept the currency supported. As expected, the central bank’s policymakers chose unanimously to hold interest rates at 0.75% and agreed that rates would have to rise gradually as long as the no-deal Brexit scenario doesn’t take place.

Unlike the ECB and the Fed which sounded dovish and agreed to cut rates to combat weakening inflation and economic data, the BOE sounded far less dovish despite the global trade tensions and Brexit uncertainties weighing on the British economy.

While no developments have happened on the Brexit front lately, the recent rally in GBP/USD can be attributed to a weakening in the US dollar on the back of a dovish Fed.