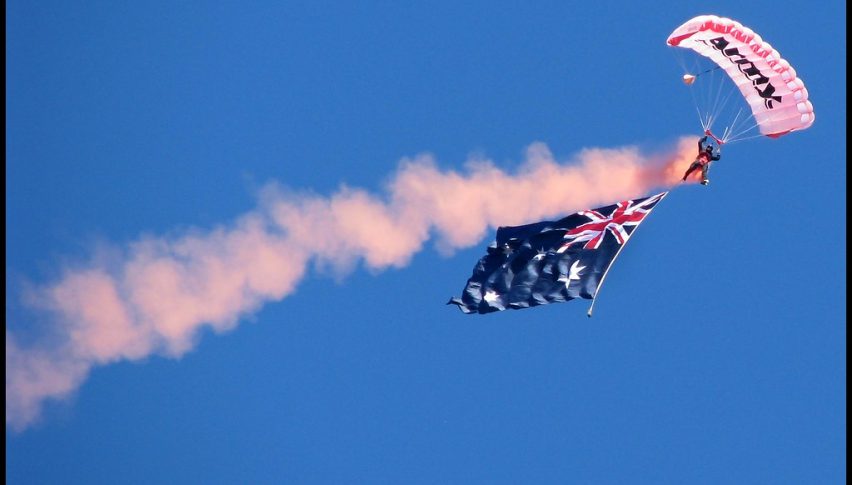 Forex Signals US Session Brief, July 2 – The RBA Cuts Rates for the 2nd Time After Cutting Them Last Month

The Aussie has been bullish today, despite the rate cut from the RBA

The global economy has weakened considerably in the recent months, which has turned all major central banks pretty dovish. The Reserve Bank of Australia RBA was expected to cut interest rates in May as the escalation of the trade war between China and the US hurt the Australian economy in particular. But, they didn’t act in that meeting and instead, cut rates from 1.50% to1.25% last month. The Reserve Bank of New Zealand cut rates before them, but the Kiwi turned even more stable since the RBNZ didn’t leave the door open like the RBA did.

That was what sent the Aussie lower and has kept it bearish, compared to other risk currencies such as the Kiwi, the CAD and even the Euro. Today, the RBA cut interest rates again to 1.00%, but the Aussie didn’t decline. Instead, it has been sort of bullish during the European session. The reason for that is that the RBA showed us that they will pause for a while. Here’s how the two statements compare:

June:
The Board will continue to monitor developments in the labour market closely and adjust monetary policy to support sustainable growth in the economy and the achievement of the inflation target over time.

July:
The Board will continue to monitor developments in the labour market closely and adjust monetary policy if needed to support sustainable growth in the economy and the achievement of the inflation target over time.

Basically, the statements are the same, besides the part where they say “if needed”, which is not a sure thing, unlike this rate cut which we knew was coming. OPEC has also officially decided to extend the production cuts, as Russia and Saudi Arabia confirmed today, yet Crude Oil is not climbing higher.

The 100 SMA is supposed to turn into support mow

USD/JPY has been pretty bearish in the last two months as the global economy weakened further and the trade tensions between US and China precipitated. As a result, the sentiment turned pretty negative in financial markets which increased the demand for safe havens. This pair lost around 500 pips during that period, but it seems to be turning bullish now after the positive comments in the G20 summit, which have improved the sentiment in financial markets. In the last several hours we have been seeing a retrace lower, but the 100 SMA (green) which provided resistance before, will likely turn into support now.

Yesterday we saw a big bullish move in the USD and a bearish move in safe haven assets after the positive tones in the G20 summit. Today though, markets have been pretty quiet, which show that yesterday’s momentum is not spilling into today. After all, the global economy is still slowing down so the effects of a possible trade deal between US and China will take some time to materialize in forex.

Buying the Pullback in USD/JPY, Despite the Soft US Retail Sales in April
8 hours ago