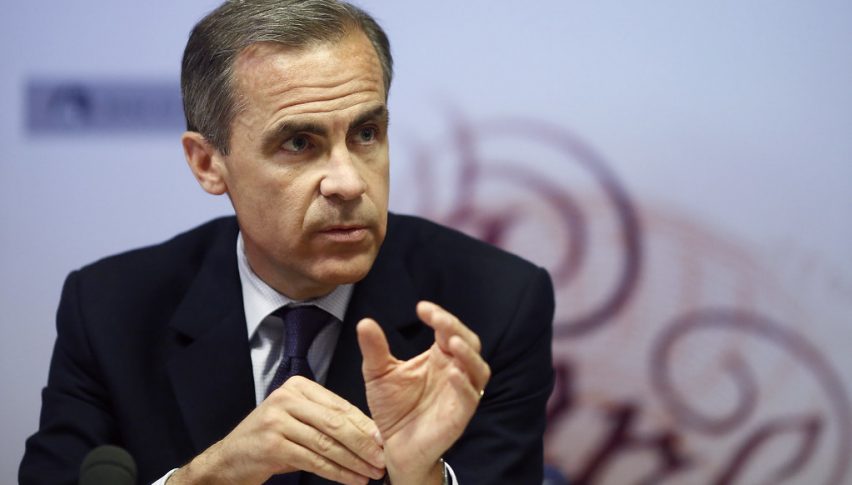 Forex Signals US Session Brief, August 1 – USD Turns More Bullish After the FED, While the BOE Keeps Denying the Obvious

The July FED meeting is finally over. It took place in the last day of the month and the USD benefited from it, closing July on a bullish footing. Markets were fully pricing in a 0.25% rate cut this time, but considering that the global economy has slowed down considerably in Q2 with manufacturing in contraction in many major countries as well as the recent weakness that we have seen from the US economy, there was a possibility that the FED might cut rates by 50 bps yesterday. The other option would be leaving the door open for more rate cuts in the coming months. But, the FED just cut rates by 25 bps and despite Powell suggesting that this is not a one-and-done action, markets took that as a sign that this was it for the FED. As a result, the USD rallied higher and it continues to grind higher today.

Today it was the Bank of England’s (BOE) turn to do their thing and they kept interest rates unchanged at 0.75% as expected. There was a possibility that the BOE would deliver a surprise rate cut today, but they remained on hold. Another more likely option was for the BOE to sound extremely dovish now that it became obvious that the new PM BoJo is not going to bring anything new to the negotiation table and announce a date for more monetary easing in the coming months, since BoJo has decided to play the chicken game with the EU. He is threatening to leave the EU without a deal on October 31 if the EU doesn’t offer anything either, so it becomes increasingly obvious that the UK will end up with no Brexit deal. But, the BOE decided to deny the reality once again and remain on a wait-and-see mode. As a result, GBP/USD is a tad higher, but the BOE will be forced to accept reality soon, probably in the next meeting which would send the GBP lower. 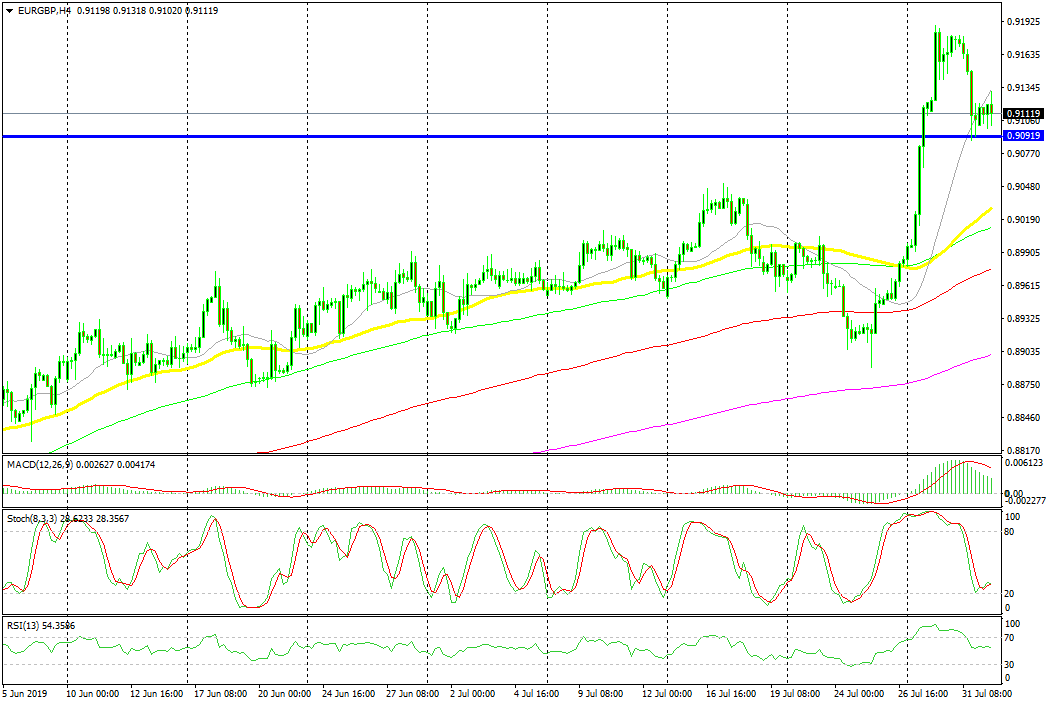 EUR/GBP has been quite bullish for a few months now. The 20 SMA (grey) was pushing the price higher in the first half of the uptrend, then the 50 SMA (yellow) and the 100 SMA (green) caught up with the price and they turned into support for this pair, pushing it higher. Last week we saw a deeper pullback lower, but the buyers returned by the end of the week and the price surged around 300 pips higher. They broke the previous resistance at 0.91 from early last year and it seems like this level has turned into support now. Stochastic is already oversold, which means that the retrace lower is now complete at this level, so we are bullish on this pair.

The USD moved higher yesterday after the FED disappointed markets in regards to further rate cuts and it is grinding higher again today, although there’s not much momentum. The Bank of England kept the same view as in June, but they are refusing to see the reality, which is that the UK will leave the EU with no deal at the end of October. I suppose they will be forced to accept that in next month’s meeting.