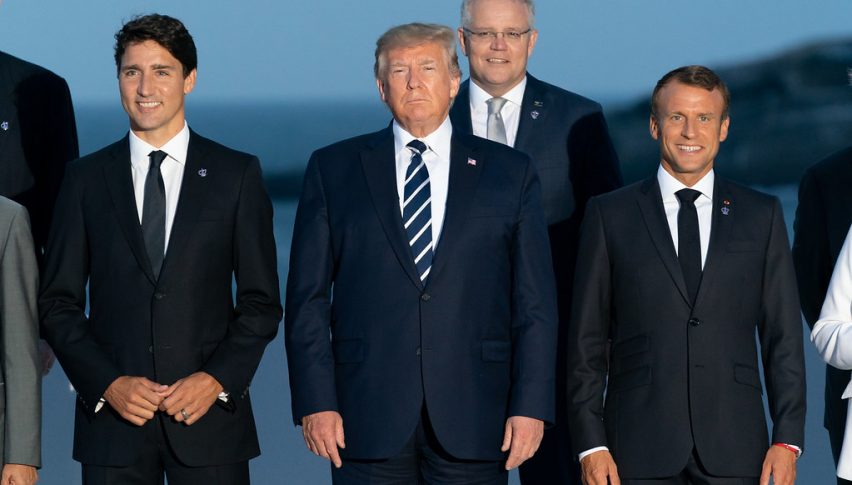 During the last few days we have seen the volatility increase in financial markets as the G7 summit took place. There are quite a few global issues which have been haunting markets this year and traders were hopping for some solutions from this summit. Last Friday, we saw a last minute surge in safe havens and a crash in risk assets such as commodity Dollars after Trump’s comments for an increase in tariffs on China. That hurt the sentiment and we saw a bearish gap in risk assets yesterday when the Asian session started, while safe havens opened with a bullish gap higher.

Although, the situation improved yesterday after Donald Trump softened the tones and left it to China to decide whether they want to escalate the trade war further or come to the negotiation table. Today, markets are much more quiet, especially after the G7 summit came to an end.

The GBP turned bullish last week after bouncing off the big round level at 1.20 which seems to have formed a support zone around it. yesterday we saw a retrace lower in GBP pairs, but the retrace ended today and GBP/USD climbed around 100 pips in the European session. The reason for this were rumours for alternatives to the Irish backstop, as well as about making no-deal Brexit illegal in the UK as the opposition parties suggested. 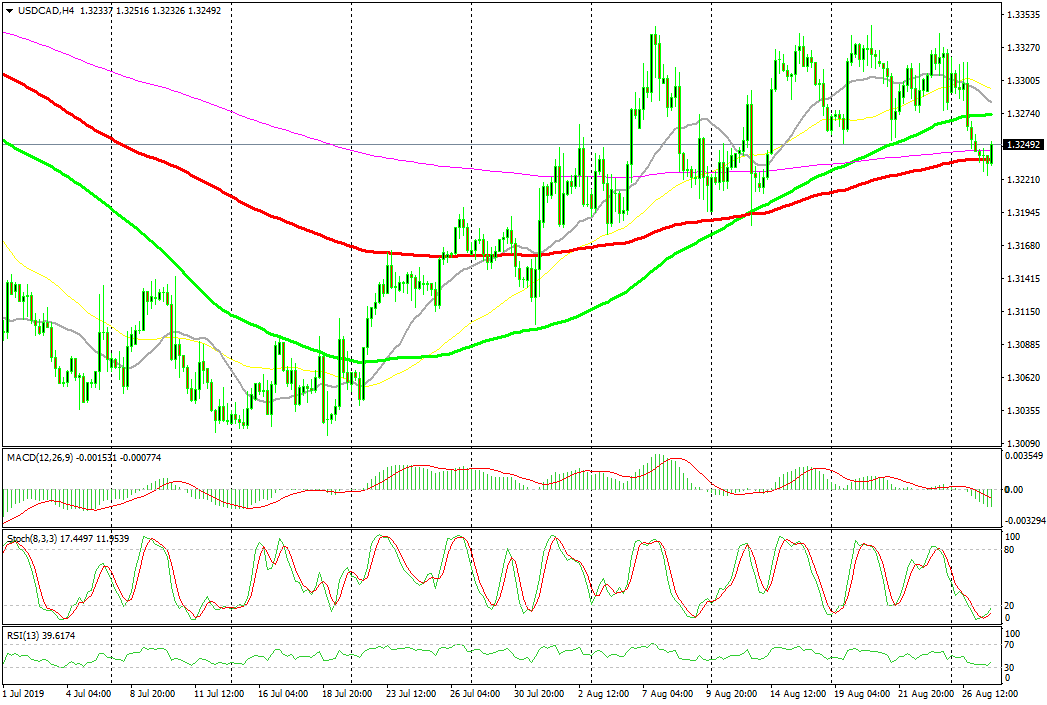 The 100 SMA stopped the pullback in USD/CAD

USD/CAD turned bullish in the middle of July after consolidating above 1.30 for some time. During the last two weeks of last month this pair climbed more than 300 pips higher as Crude Oil prices slipped lower, but during this month, this pair has been trading in a range again. Yesterday we saw a retrace lower in this pair, but the 100 SMA (red) provided solid support on the H4 time-frame. the stochastic indicator became oversold and the price formed a couple of doji/hammer candlesticks which are a reversing signal. Now this pair has turned pretty bullish again.

The G7 summit is over now and the volatility has declined today. Although the risk mode seems to have switched off again, with commodity dollars slipping lower whole safe havens are crawling higher. The GBP is also climbing today but that’s due to the Brexit rumours, so excuse the GBP from your normal trading.