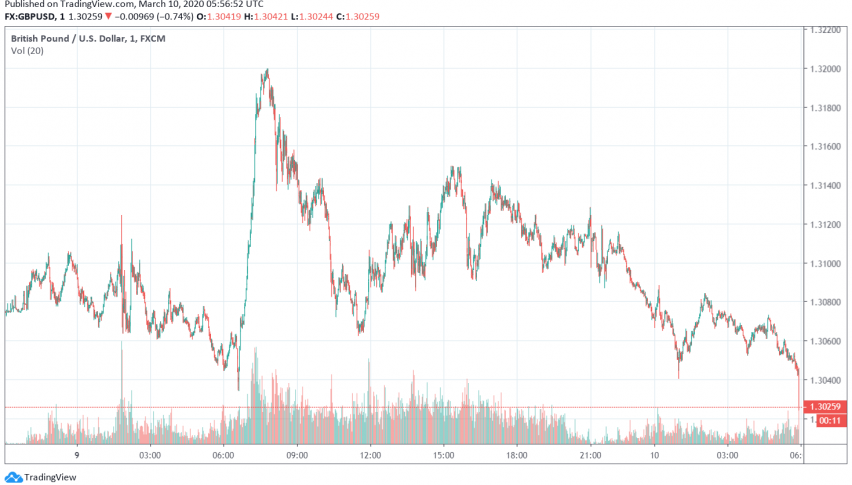 The pound is trading somewhat bearish against the US dollar, but holding barely above the 1.30 level, easing from a one-month high touched in the previous session after the panic in the global financial markets over Saudi Arabia’s move. At the time of writing, GBP/USD is trading at around 1.302.

Expectations for a rate cut by the Bank of England have risen higher once again over the continued spread of the coronavirus, by as much as 0.50% at the upcoming monetary policy meeting this month. However, GBP/USD remains steady as the likelihood for further easing by the Fed also climbs higher, adding pressure on the US dollar.

The US dollar tumbled to a multi-month low on Monday after markets reacted to Saudi Arabia’s move to increase crude production and cut official selling prices starting April. US Treasury yields fell to record lows while stock markets turned extremely bearish all around the world, driving weakness in the US dollar and helping the Cable move higher.

Yields on British government bonds also fell into negative territory as a result of the panic in global markets on Monday. However, GBP/USD remains under pressure over continued uncertainties about ongoing trade negotiations with the EU even as markets look forward to the first post-Brexit budget release later this week.