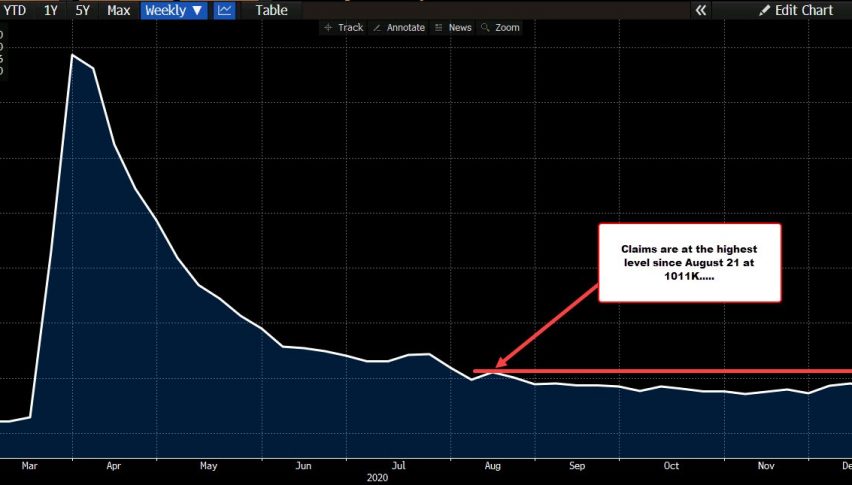 US Jobless Claims Jump Higher in the Second Week of January

The employment sector has been improving in the US since summer after the grand reopening, with the unemployment rate falling below 7% last month. The unemployment claims were also declining, falling below 800K in October, but they popped up above that threshold level again in the first two weeks of December. In the second half of last month claims declined again below 800K, but today’s report showed a big jump last week.

Nevertheless, the data is a worrisome trend. It also advances the storyline for the Fed to be on hold for a while still, and for Congress to pass more stimulus to counteract the impact from the Covid-19 spread.

USD Rallies Ahead Of The Fed Announcements
10 mins ago