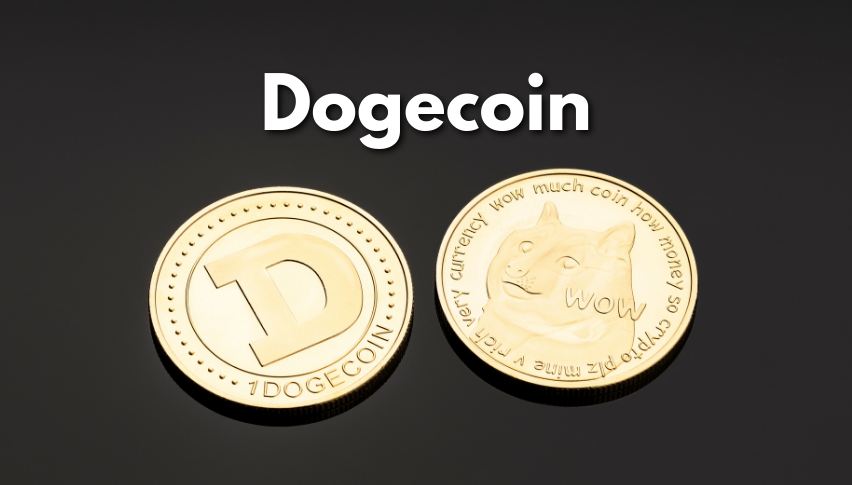 Dogecoin (DOGE) and Shiba Inu (SHIB): The ever-so-popular, cultural meme coins of the cryptocurrency space have been in a painful sell-off since reaching new all-time highs in 2021.

The overall cryptocurrency market has been in a very bearish sentiment since late last year, as both large caps, Bitcoin (BTC) and Ethereum (ETH), have been dropping drastically, week by week. As of today, both mainstays have lost about 50% of their market values since November 2021. Most altcoins followed suit and have sold down even more.

DOGE and SHIB: No bottom yet

Even the crypto community’s favorite meme coins were not spared from the carnage of the market sell-off. Currently, Dogecoin (DOGE) is down by more than 80% from all-time highs of $0.74, while Shiba Inu (SHIB) is down more than 75% from all-time highs of $0.000088. Despite this, it looks like we may not have seen the bottom yet, as both meme coins are just about to enter oversold territory. 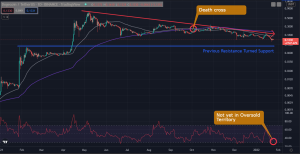 Dogecoin’s daily timeframe chart above shows a stair-stepping, down-trending price action, beginning from its all-time highs of May 2021. It has just been creating lower highs and lower lows, as it continued to go down month on month, with very few relief rallies.

To add fuel to the fire, a bearish Death Cross formed in October 2021, to confirm that DOGE is indeed in a definite bear market. The Death Cross is a bearish technical pattern that usually signals a major sell-off in the near future.

DOGE tried to rally above the long-term 200-day moving average and break the downtrend line at one point, but this rally attempt was just sold down by the bears. It even reached a high of $0.34, but the selling pressure was too much for the bulls to handle. It has fallen by 60% since then.

RSI not yet Oversold

In spite of this, a troubling technical indicator seems to be suggesting that there may be more pain coming. The Relative Strength Index (RSI) is an indicator that is usually used to measure whether a financial asset is either overbought or oversold already. What’s scary is that DOGE’s RSI has not reached oversold levels as of today.

The next major support level for DOGE is the $0.09 to $0.10 area, which was previously a major resistance. Looking back to April 2021, DOGE broke above $0.09 for the first time ever, to reach an all-time high of $0.74 a month later. This was an amazing 722% gain, if you bought the breakout. Sadly, it now seems that it is about to revisit this area again, this time as a support zone, instead of a resistance.

Watch how the price reacts when it comes near this area, as this could be a strong bounce area for DOGE. The buying demand may be higher here, as a lot of traders and investors may be looking to get in at this cheap level. Also, DOGE’s RSI is most likely to flash an oversold signal, when it falls to this area. Note that every time DOGE’s RSI has fallen below 30, its price has rallied immediately.

Shiba Inu (SHIB) rose to popularity after Dogecoin (DOGE), as FOMO filled the cryptocurrency markets after the latter’s fantastic 700% rally within one month. SHIB did not fail to become the next DOGE, as it also rallied and made triple-digit returns in a short space of time. However, like Dogecoin, it seems to be returning towards a previous breakout point, due to the massive sell-off in the cryptocurrency market.

As seen in SHIB’s daily chart above, after reaching all-time highs last November, SHIB has been in a downward channel ever since losing close to 80% of its value. It has also continued to exhibit several red flags since then:

The overall bias for SHIB is definitely bearish; however, at some point in time, it should bounce and create a relief rally. These are the possible support areas where we may see some buying demand from the market:

Be wary when taking bounce plays, as these types of trades have a counter-trend nature. They go against the bearish macro view of SHIB and the entire cryptocurrency market. As such, you should allocate a very small portion of your portfolio to these types of trades. We recommended that you only risk 0.25% to 0.50%. Remember that this is a short-term trade of no more than 2 to 3 days. At this point, we are not picking the bottom yet – just a possible short-term relief rally.

Can Shiba Inu Coin SHIB and Dogecoin Turn Bullish At Support?
7 days ago 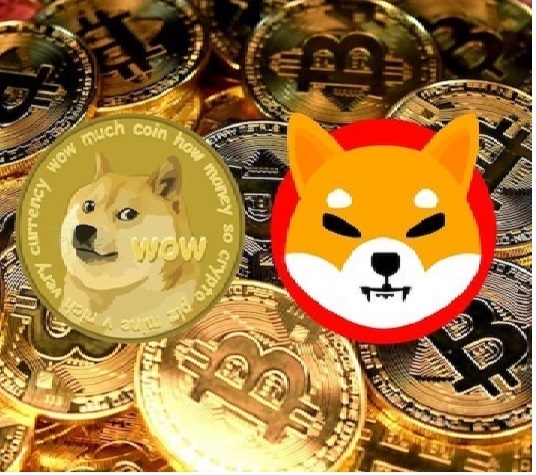