Bitcoin Steady at $37,350 – What Could Drive an Uptrend in BTC? - Forex News by FX Leaders 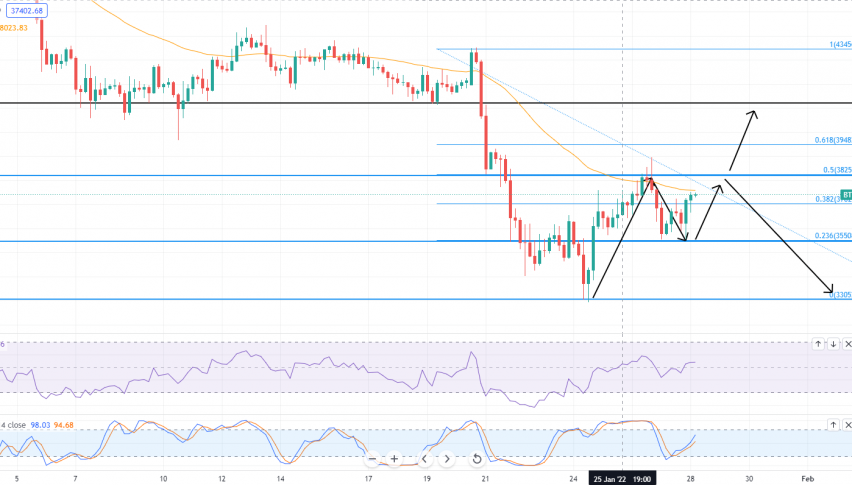 BTC/USD closed at $37,217.0, after hitting a high of $37,248.0, and a low of $35,571.0. Bitcoin continued moving under consolidation and remained flat throughout Thursday’s trading session. Flushing Financial Corporation, the parent company behind New York-based Flushing Bank, has announced a partnership with crypto firm, New York Digital Investment Group, to offer Bitcoin services to its customers.

The bank was formed in 1929, and according to its Q4 report, it held more than $8 billion worth of assets at the end of 2021 and a net income of around $200 million. The announcement suggested that the partnership with NYDIG will enable the bank to offer its customers BTC buying, selling, and holding services in a safe and secure environment. The bank said that the move to adopt BTC came as a result of the desire to keep up with the growing trends in financial markets.Furthermore, another American bank has partnered with NYDIG to offer Bitcoin services to account holders. Five Star Bank has also announced a partnership with NYDIG to onboard Bitcoin trading and virtual currency transaction facilities for the customers of Five Star Bank before the end of Q2 2022.

The bank plans to integrate the full-stack BTC platform developed by NYDIG into its online banking service and mobile banking app. This news should have improved the environment surrounding the BTC/USD; however, the cryptocurrency remained in a state of consolidation. Furthermore, multiple reports have confirmed that the White House wants to set out a cohesive set of policies to regulate Bitcoin and cryptocurrencies, as current legislation and enforcement are scattered across sectors and agencies.

According to Bloomberg, the Biden administration will release an executive order to federal task agencies in the coming weeks to assess the risks and opportunities that Bitcoin and cryptocurrencies pose. The regulatory framework will cover Bitcoin, cryptocurrencies, stablecoins and NFTs. This report added further weight to BTC/USD, and the coin remained lower for the day.

Meanwhile, another factor that is weighing on the BTC/USD is the rising prices of the US dollar, as they share a negative correlation. The US Dollar Index, which measures the value of the greenback against a basket of six major currencies, has risen to its highest level since July 2020, coming in at 97.29. The greenback was gaining strength from the hawkish tone adopted by the Federal Reserve on Thursday. Jerome Powell said that to curb the rising inflation, the bank is likely to increase rates in March and start bond tapering in the same month. These comments aligned with the market expectations and pushed the dollar to its 19-month highest level.