There you go, another disappointing round of economic data coming out of the British Isles. Manufacturing production declined nearly 1% in January, while construction output and industrial production both lost 0.4%.

So, this might be that pullback wave. Remember that business an economy usually function like forex, if we´re in an expansionary period (uptrend), then from time to time we will see these pullbacks (retraces), it´s inevitable.

I think we´re in that phase now, after several months of strong expansion it´s only common sense to expect a pullback. But, the thing with the UK is that this is likely Brexit related. It´s true that there some sort of pullback (slowdown) in some of the developed economies, but the pullback is even bigger in the UK, almost double.

That makes you think that this is all coming from Brexit, at best, Brexit will make matters a lot worse for the UK during these small sporadic “crises”. 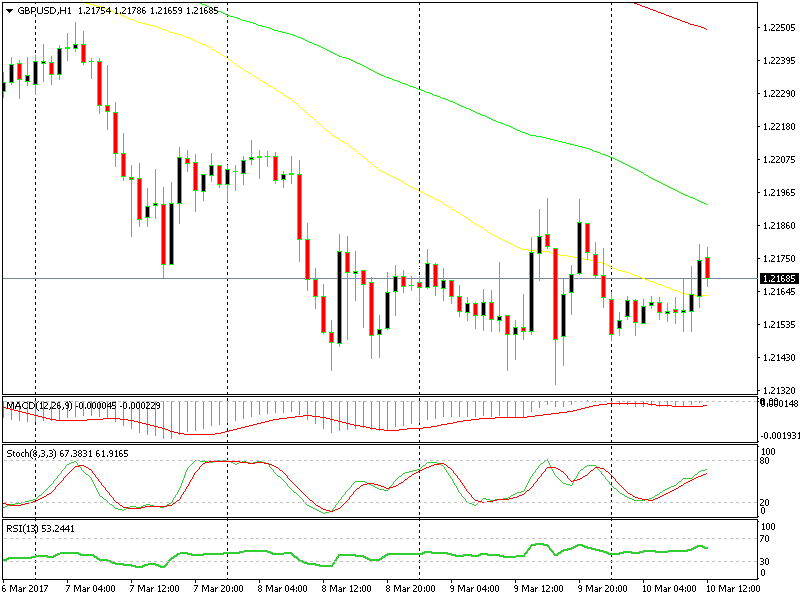 The 50 SMA (yellow) will likely turn into support now

GBP is not taking much notice actually. GBP/USD finally moved above the 50 moving average on the H1 chart. I think this is a good opportunity to sell this forex pair. But, I´d like to wait until we get to yesterday´s highs around 1.22, which is where the 100 SMA stands.