NZD/USD Signal Back From The Dead

Yesterday our short term NZD/USD signal was as good as dead. This forex pair had been sliding the entire day and at some point we were knocking on the SL door, particularly after the FOMC minutes. The price got 3 pips close to SL but fortunately it reversed just as quickly.

With the luck of forex traders, I´d expected the price to trigger SL but once in a while the heavens are on our side and yesterday was one of those times. For a couple of months now we´ll be out of luck, so tighten up your belts because we will have to make the luck ourselves.

Today this forex signal looks in much better shape. We´re back around the opening price now and back above the 50 SMA (yellow) on the hourly forex chart. 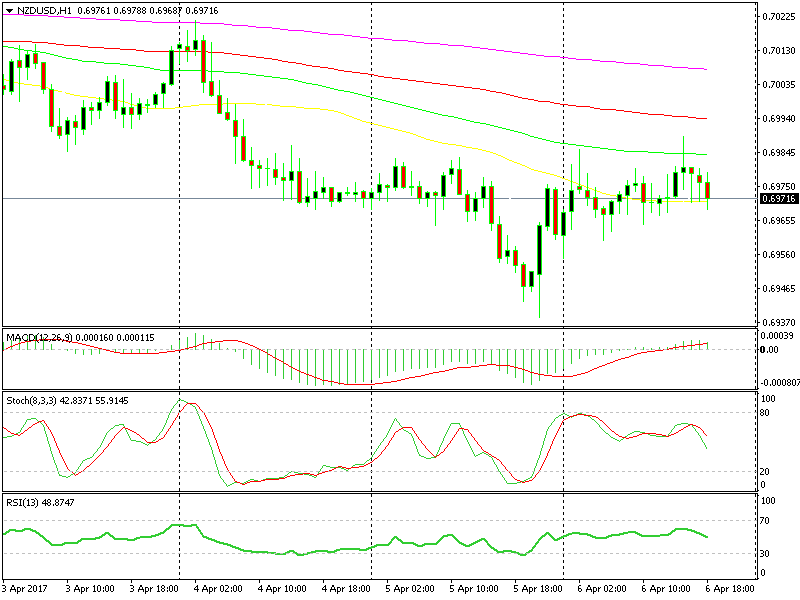 The 50 SMA is providing support

It doesn´t look as bad as yesterday though because the Kiwi is feeling more resilient than its cousin Aussie and the 50 SMA on H1 chart is now providing support.

The daily chart is oversold too, so that´s another technical indicator in our favour. Now, let´s hope we see another wave of USD weakness so we can approach TP. I have to say that the Buck has been in demand today, yet this pair has been holding up well.