Trade Idea in Gold Went as Planned, Close the Trade… or Let it Run - Forex News by FX Leaders

Trade Idea in Gold Went as Planned, Close the Trade… or Let it Run

We sometimes issue forex signals based on these trade ideas, but sometimes we don´t if we are already exposed too much.

That was the case today with Gold. A chart setup was forming in H1 Gold chart, which suggested that the retrace higher might be coming to an end and that a reverse lower would normally follow.

Well, that´s exactly what happened. Gold climbed to the 50 SMA (yellow) on the H1 chart, failed to break above it, formed a doji and reversed back down. 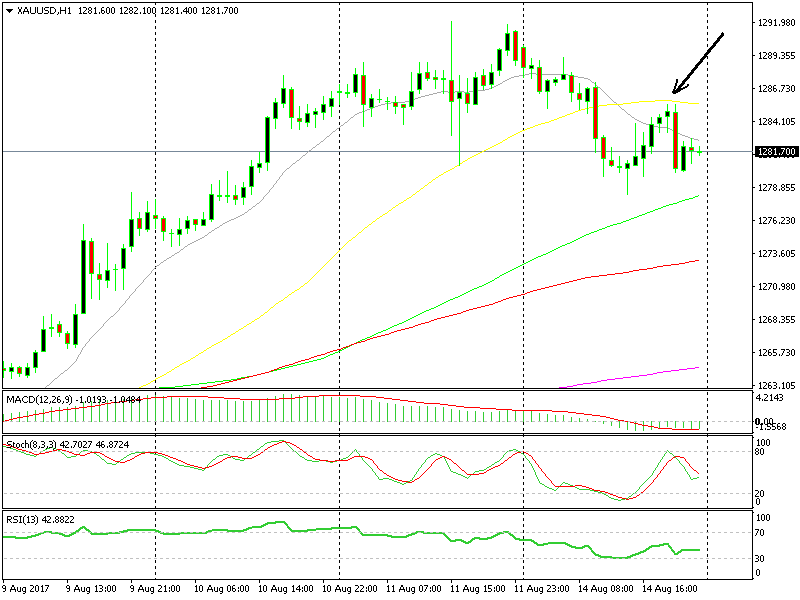 So I suppose that you sold Gold up there if you followed that trade idea. If you did and closed at the bottom of that big bearish candle, then you should have made more than $5.

If not, then you can close that trade now for more than $3. If you don´t want to do that either, then I suggest that you lock your Gold trade at break-even and let it run, or just trail the stop $2 above the current price.