How is Our AUD/USD Signal Progressing Today? - Forex News by FX Leaders

How is Our AUD/USD Signal Progressing Today?

The EUR/USD signal we opened is well in profit, so let's concentrate on another trade.

Last night, we had opened an AUD/USD signal, and selling it looked like the way go. It was overbought on the hourly forex chart, so we decided to go short, and it was going pretty well as this pair turned lower.

However, it turned higher during the night and now it is about 10 pips in the red. But, all is not lost! 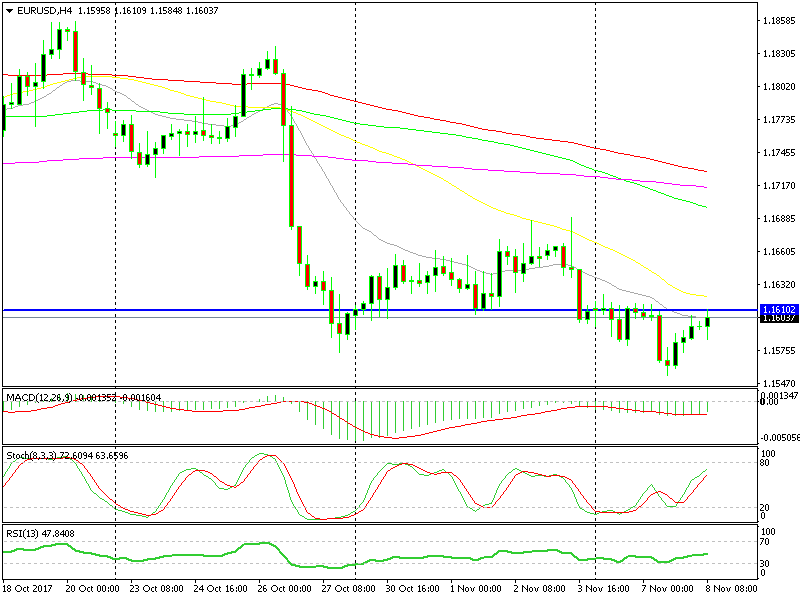 The 50 SMA is doing a good job providing resistance.

As we can see from the H4 chart, the price is banging against the 50 SMA (yellow) now. This moving average hasn’t been in play recently, but it looks like it’s providing resistance right now.

The stochastic indicator has been more active in this downtrend; the price has turned lower every time it became overbought. Right now, this technical indicator is in the middle of the range and heading up, which means that this pair has some more room left to run on the upside.

It looks like the 50 SMA is working this time as the buyers are having difficulties pushing any higher. So, our signal doesn’t look that bad, although it would help if USD bulls started their offensive right now.