Another Smashed Correction For The S&P 500! - Forex News by FX Leaders

Another Smashed Correction For The S&P 500!

The year-long winning streak for the U.S. equities indices looks to be back on for this morning’s cash open. The first half-hour of trade on Wall Street has been good for the DJIA (+150) and the S&P 500 (+12).

With no earth-shattering economic data hitting the wires to generate this run,  it looks as though investors have a rekindled optimism over the Trump tax deal being ratified by Christmas. There is a big vote over the tax plan in the U.S. House of Representatives today. Stay tuned.

It looks as though yesterday’s skepticism over tax reform is being ignored by the market. Ultimately, only time will tell.

Just when you think this market is headed for a correction, we see another run at all-time highs. 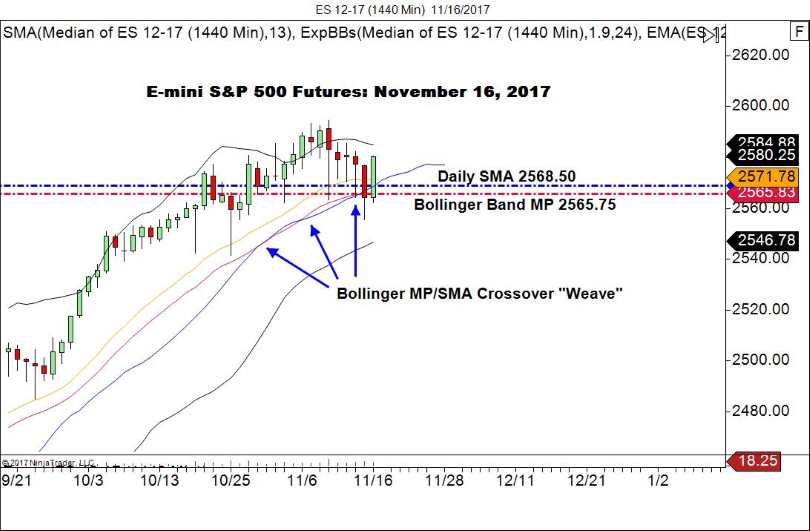 From a technical standpoint, there is nothing new to report. For the first time since early September, price penetrated our Bollinger Midpoint and Daily SMA. This was worthy of note, as back then we saw an extended bull run. Will that be the case once again?

Being short the S&P 500 doesn’t pay. It seems that every time it looks ripe for a position short, equities traders and investors put in a fresh all-time high.

For today, I will be playing tight 1:1 R/R long scalps from the intraday 38% Fibonacci retracement, taken from session low to high. With a profit target between 4-8 ticks, these are high probability trades that are very likely to produce a positive return by day’s end.