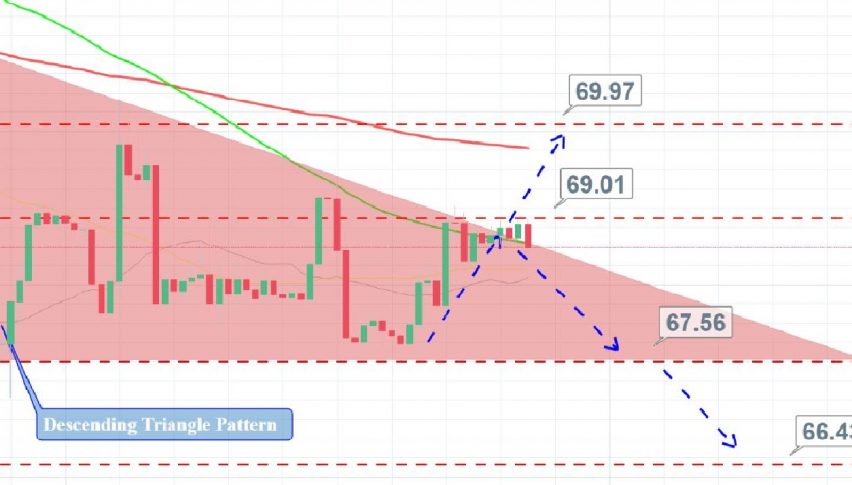 WTI Crude Oil Steady Before EIA Report – What to Expect

It’s been quite a slow session for crude oil yesterday as the prices continued to trade in the narrow range of $68.45 – $69 despite the EIA reporting a draw of – 3.2M barrels. Here are a few things we need to know about the market.

On Tuesday, the American Petroleum Institute (API) reported a draw of 3.2 million barrels for the week ending on July 20. Whereas, inventories were forecast for a 2.3 million-barrel draw last week.

This indicates an increase in the demand for crude oil during the previous week. Perhaps, the speculators increased their bets on oil on the sentiments of Iran’s sanctions.

China is expected to increase infrastructure spending which can cause a rise in the demand for oil. The sentiments helped to overcome concerns that U.S.-China trade tensions will bend the country’s demand for oil.

As you can see on the 2-hour chart, crude oil is struggling to break out of a descending triangle pattern near $69. But it has entered the overbought zone at the same time. You can see the RSI, literally, it is trading near $80. 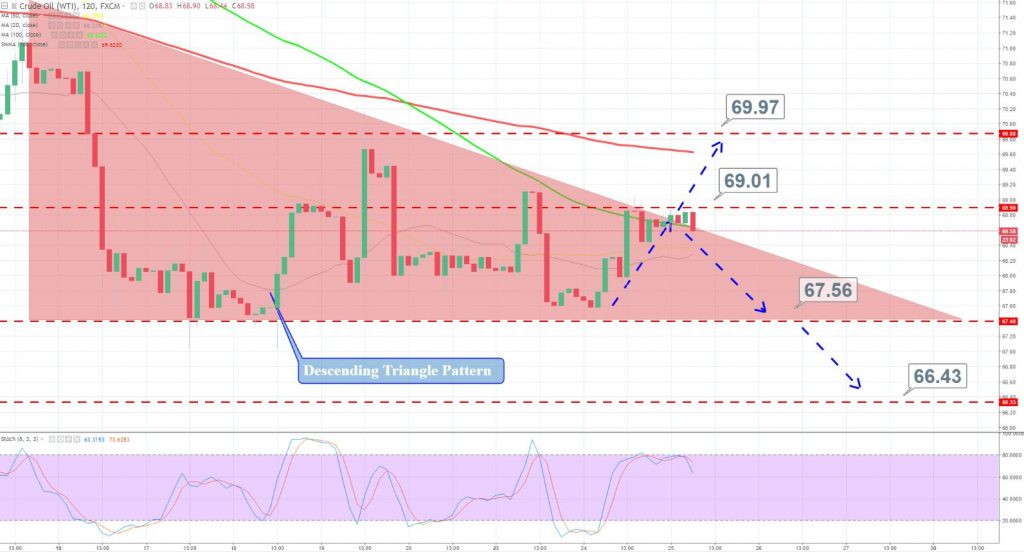 So can we expect a bearish reversal now?

Honestly, we can’t say much until the release of EIA report. As discussed earlier in our July 25 -Economic Event Report, the Energy Information Administration will be releasing the oil inventory figures at 14:30 (GMT) today. The economists are expecting a draw in inventories by -2.6M vs. 5.8M.

Any divergence in figures will help us capture a good amount of pips in crude oil.

WTI Crude Oil – Trade Plan
Anyhow, a rough trade idea is to keep an eye on $69 as the market can stay bearish below this until $68 and $67.65. While the bullish breakout can lead prices towards $69.75 today. Good luck.