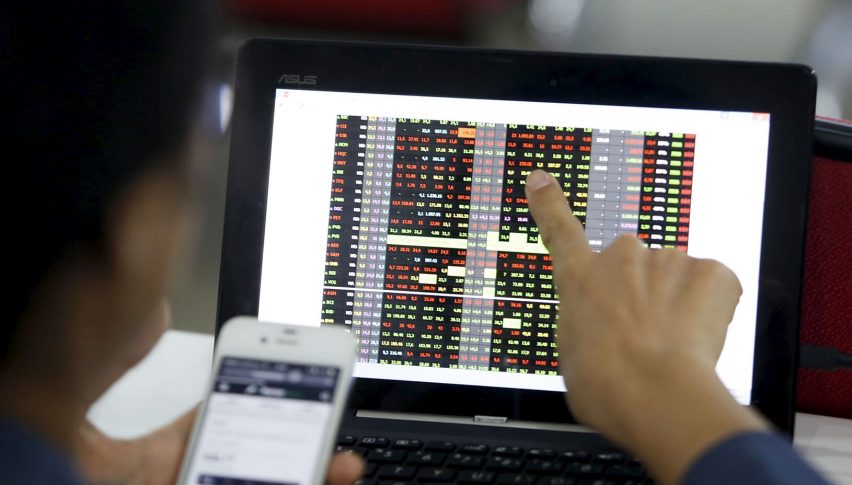 US corporate earnings look sort of mixed so far

The USD turned bullish on Thursday last week after the impressive jump in retail sales. Retail sales have been quite volatile recently, so that jump came as a bit of a surprise and the USD started to move higher. The uptrend stalled during last Friday and this Monday due to thin liquidity and slow price action during the Easter weekend. But, it resumed yesterday after Donald Trump’s tweet which threatened retaliation on the EU’s trade tariffs on Harley Davidson, which in fact, were a reaction themselves to the Steel and Aluminium tariffs that Trump slammed on everyone early last year. So, it seems that Trump just wants to open another trade war front, this time with the EU.

The 100 SMA has turned into support for Dax today

We went short on this pair earlier today and are already in profit with our signal. The trade is quite simple, the trend has shifted to bearish now with the price nearly 200 pips lower in less than a week. Last week it was the disappointing inflation report from New Zealand which turned the Aussie bearish, while today the Australian CPI report for Q1 was even more disappointing. So, these two reasons are more than enough for this trade which seems to be going well so far.

The Bank of Canada has just published the interest rate decision and the monetary policy statement which comes with it. They left rates unchanged as widely anticipated. Although, the statement says that the global economic growth has slowed by more than the Bank forecast in its January Monetary Policy Report (MPR). USD/CAD has jumped 80 pips higher in the meantime, so I expect Poloz to be bearish as well later on today when he speaks in about an hour.