US Session Forex Brief, May 2 – The Bullish Reversal Continues for the USD After Powell Shakes Markets Yesterday - Forex News by FX Leaders 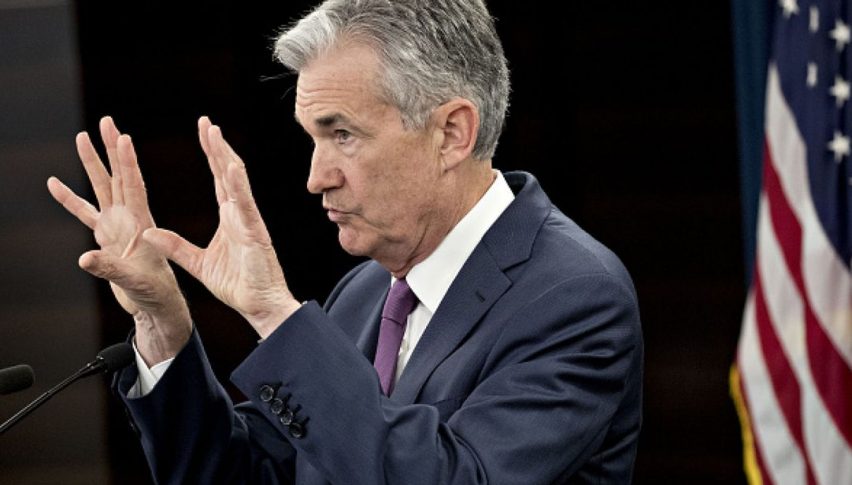 US Session Forex Brief, May 2 – The Bullish Reversal Continues for the USD After Powell Shakes Markets Yesterday

Jerome Powell Gave Equities Bulls A Pat On The Back Earlier Today.

Yesterday the FED held its meeting in the evening. The USD has been bearish all week, as traders were expecting the FED to sound even more bearish than in the last meeting. The bearish momentum picked up more pace after the US manufacturing PMI which was released in the afternoon showed a dive in manufacturing activity during April. In fact, most market analysts were anticipating a rate cut before the end of this year, as rate cut odds stood at 60%.

The statement was pretty much the same as in the last meeting, but the speech from the FED chairman Jerome Powell turned the tables upside-down. Powell said that the soft patch in inflation is transitional, playing down one of the main concerns for the FED. The market took that as a sign that the FED might continue with rate hikes if things start getting better, as opposed to a 60% rate cut expectation until the end of the year, before the FED meeting.

As a result, the USD reversed back to bullish, gaining around 80 pips from top to bottom yesterday. Today, there was a pause during the Asian and the European session, but the uptrend is resuming again, so the picture looks good for the Buck at the moment. On the other hand, stock markets turned bearish since higher interest rates (if the FED resumes rate hikes again) mean that bonds become more attractive for investors and there is less liquidity for stocks. 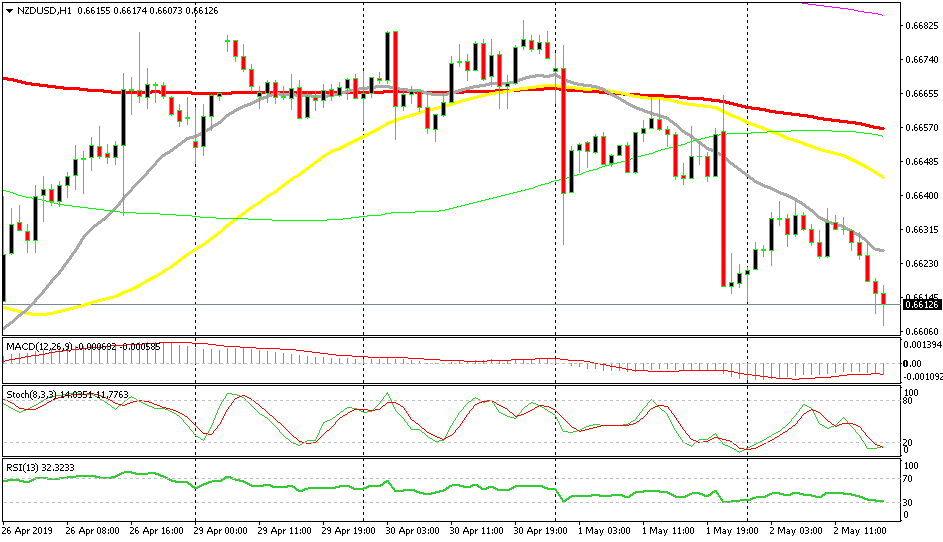 NZD/USD has been on a bearish trend since March. but we saw this pair retrace higher during the second half of last week. The retrace was complete yesterday when the Asian session started after the soft employment report from New Zealand. This pair lost around 50 pips after that and it took another hit after Powell’s press conference. It made a small retrace higher during the Asian session today but the sellers returned once the 20 SMA (grey) caught up with the price. So, everything is pointing down for this pair.

The markets have changed now after Jerome Powell’s press conference yesterday. He only played down the soft inflation part, but that was enough to change everyone’s minds and now we’re back to rate hikes from the opinion that the FED might actually cut interest rates towards the end of the year. Now the USD is climbing and risk assets are declining.