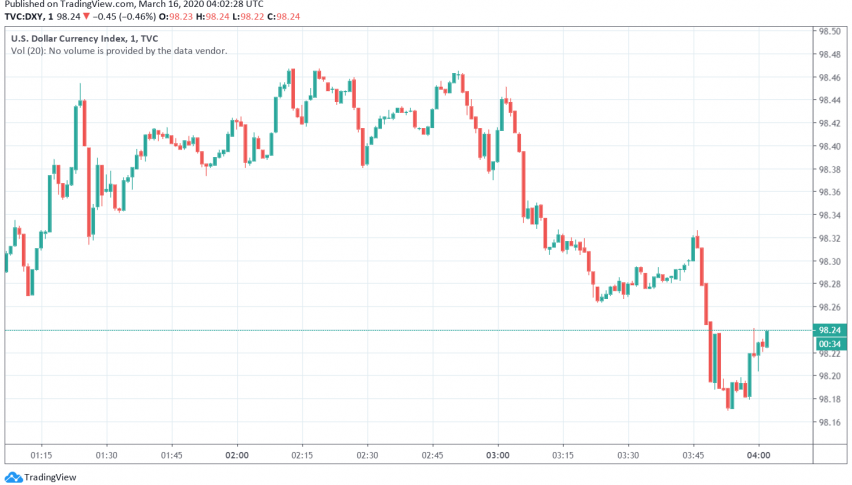 Early on Monday, the US dollar is trading weaker against its major peers after the Federal Reserve cut interest rates for the second time within a month in a bid to protect the US economy from potential damage due to the spread of the coronavirus. At the time of writing, the US dollar index is trading at around 98.24.

On Sunday, the Fed brought down interest rates even further to 0-0.25% after a 0.50% rate cut earlier this month and committed to expand its balance sheet by around $700 billion over the upcoming weeks. Although markets had anticipated a second rate cut, the US dollar weakened as some see this move as too aggressive, even as the number of infections and death toll continue to climb higher, both on the US as well as across the world.

Leading central banks like the Fed, BOC, ECB, BOE and the SNB will offer a three-month credit in US dollars at cheaper rates to make the currency more accessible to banks and companies. This rate had increased in the wake of the outbreak over a rising preference for the US dollar as a safe haven currency as a result of the prevailing uncertainty in markets.

The US dollar could receive some support in the coming days in case other leading central banks follow the Fed into similar efforts towards further easing to protect the global economy from a possible recession due to the virus. While the RBNZ has also announced a rate cut, the PBOC and the RBA are injecting more liquidity to support economic growth.