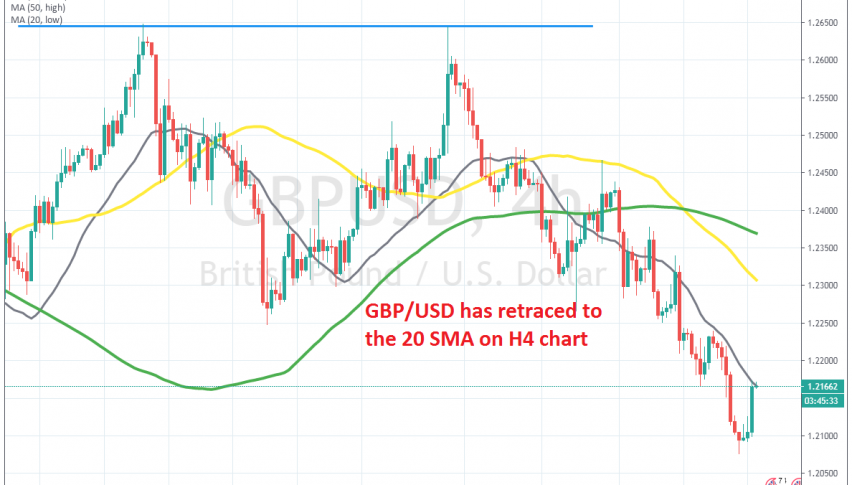 GBP/USD crashed around 18 cents by the middle of March, as coronavirus broke out in Europe, sending the USD surging as a global reserve currency. But, the decline ended right above 1.14 and this pair made a swift reversal higher, climbing up to 1.2650s until the middle of April.

After the second rejection, buyers gave up and the trend finally shifted to bearish after being bullish for a month and a half. Moving averages turned into resistance, which is another sign that the trend is bearish now. the 50 SMA (yellow) turned first into resistance, while the 20 SMA (grey) took up that job on the H4 chart, as the pace of the downtrend picked up. Today we are seeing a pullback higher, but we decided to open a sell signal just below the 20 SMA. The pullback seems complete now, so let’s see if the bearish trend will resume again soon.