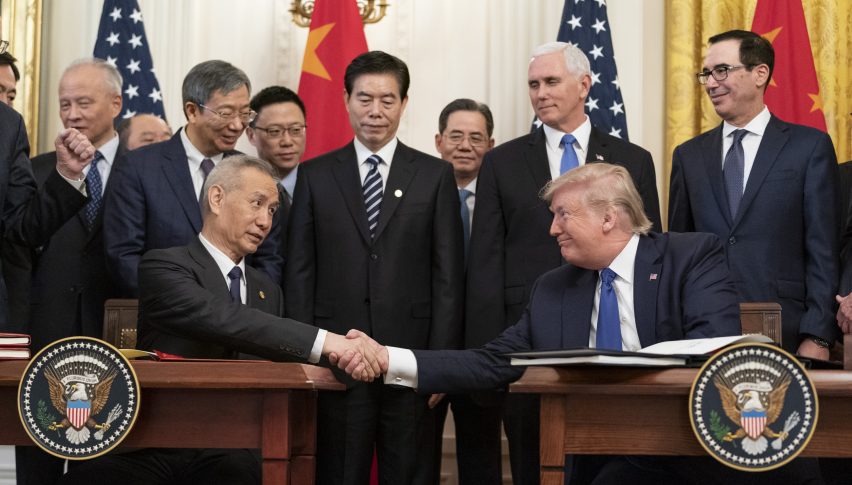 There may still be some hope to salvage the trade relationship between the US and China, after the US Trade Representative’s office confirmed that talks between senior officials from both sides on the phase one trade deal concluded on a positive note. According to the USTR, the phone-based discussion was able to make some progress on resolving concerns, with officials from both countries eager to honor the commitment to the partial trade agreement’s terms.

Attending the call from the US side were Trade Representative Robert Lighthizer and Treasury Secretary Steven Mnuchin while Chinese Vice Premier Liu He was on the other side of the line. The call occurred even as President Trump announced that he had called off the six-month review of the phase one trade deal.

An official statement put out by the USTR office after the call confirms, “The parties addressed steps that China has taken to effectuate structural changes called for by the agreement that will ensure greater protection for intellectual property rights, remove impediments to American companies in the areas of financial services and agriculture, and eliminate forced technology transfer.”

Also on the agenda was the issue about how China can increase its purchases of US made goods in keeping with the phase one deal. With the renewed commitment towards honoring the interim trade deal, will trade tensions between the two world leaders begin to ease again?

China's PPI Eases in November, But Higher Than Forecast
1 month ago