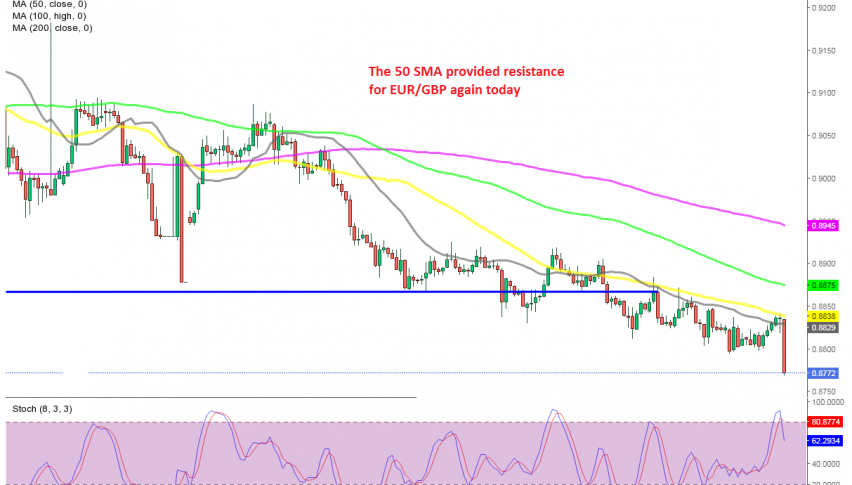 EUR/GBP has been on a bearish trend since the middle of December last year, as it became increasingly clear that a trade/Brexit deal would be reached before the 2021 deadline. The sentiment improved for the Pound and the GBP turned bullish since then.

Yesterday we saw a retrace higher in this pair, but this moving average stopped the climb once again. The price formed a doji candlestick, which is a bearish reversing signal after the climb. Then came the reversal and a 90 pip decline, which we missed. That was a great chance to sell EUR/GBP but we will wait for another retrace higher to the 50 SMA so we can look for another selling opportunity.