GBP/USD has been trading in a range between two moving averages this week. At the top, we have the 200 SMA (purple) which has provided solid resistance this week. At the bottom, we find the 100 SMA (red) which is now under threat as this forex pair turns bearish on Brexit comments.

The opposition party leader, Jeremy Corbyn, is calling for new elections if Theresa May can’t pass the Brexit deal through the British Parliament. May is trying her best to get Brexit going but it doesn’t look like she will be able to pass the deal through the Parliament. Anyway, here is what Corby said: 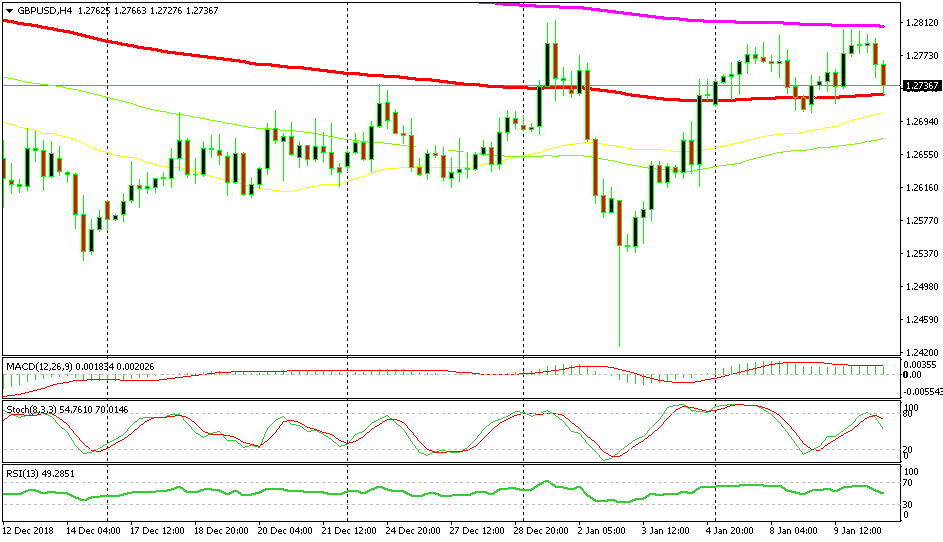 GBP/USD is still stuck between 2 MAs

As a result, GBP has turned bearish and GBP/USD is heading for the 100 SMA at the bottom of the range. Although this moving average is holding for the time being, if the rhetoric continues like this, then expect some more pressure to the downside for this forex pair.