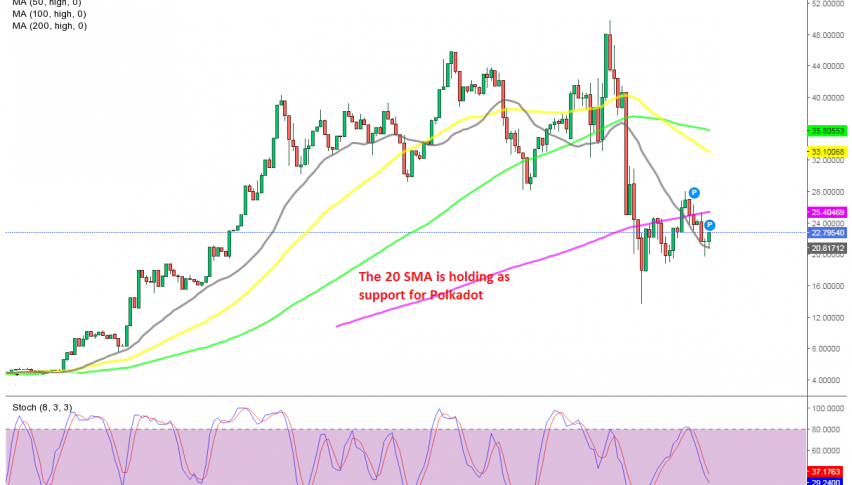 The daily chart setup points up for Polkadot
BUY DOT/USD

Polkadot fell for about a week until yesterday, after it had tried to turn bullish in the previous week. The bullish attempt was respectable in this crypto and it was stronger than in most other cryptocurrencies, but it ended as the bearish momentum returned in the crypto market.

That is a bullish sign, wile the other bullish sign is the fact that the lows are getting higher for Polkadot. The latest selloff was considerably smaller than in the main cryptocurrencies, and it ended yesterday, above the previous two lows.

Yesterday’s candlestick closed as a pin/doji, which is a bullish reversing signal after the retreat and today’s candlestick looks bullish. The 20 SMA (gray) has slipped below the price for DOT/USD and is providing support on the daily chart. So, it looks like Polkadot is trying to reverse higher, which we hope it does, since we opened a buy Polkadot signal last night.

Forex Signals Brief for August 8: Will Inflation Show Signs of Slowing This Week?
22 hours ago